in defence of: being twenty-something and not knowing what the hell you’re doing with your life 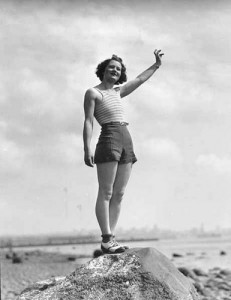 In Martin Amis’s novel The Rachel Papers the protagonist Charles Highway says that twenty is the real turning point in life. The oft-celebrated milestones of eighteen and twenty-one are unimportant. In his opinion, twenty ‘may not be the start of maturity but, in all conscience, it’s the end of youth.’

At twenty you like to think you’ve finally worked it all out – relationships, careers, study, style, and life in general. You understand it now. You thought you had it all worked out as a teenager but, in hindsight, you acknowledge that that was only false wisdom.

At twenty you like to think you know where you are going. You’ve had time to make mistakes, to travel in the wrong direction, lose your way and turn around. But now you’re working on a plan.

At twenty you haven’t factored in disappointment.

Izzy had always wanted to be a doctor. After failing to gain admission to undergraduate medicine she bided her time studying biomedical science. But she would be a doctor eventually, one way or another.

At nineteen it seemed as though Izzy was a shoe-in for post-graduate medicine at a top university. She was confident the GAMSAT exam had gone well and her portfolio was crammed full of impressive volunteering roles. Any university would be lucky to have you, I told her. Neither of us factored in the possibility that she wouldn’t get in.

When the letters of rejection arrived, I changed tactic. It was a very competitive year; you were probably on their shortlist; there’s always next year; you’ll definitely improve your score second time around.

These affirmations were put on rotation until they began to fray and lose meaning. But still I churned them out.

At nineteen we took comfort in the youthful mantra that everything will work out in the end.

I’m sitting on the veranda with Kay, rugs over our knees, hands clasped around warm mugs of tea. Kay is my great-aunt, my grandfather’s only sister. She lives on a sprawling property twenty minutes outside of Toowoomba. She travels frequently, promotes Fair Trade products, speaks at schools, and runs meditation courses out of a shed in her backyard. She is also a nun.

Kay was twenty when she joined the Sisters of the Good Shepherd. She left her family and moved to Melbourne to live in a convent. At first she thought she would just test the waters and see if the life of a nun would suit her. She told her friends, family and boyfriend not to worry, she would be back.

That was nearly fifty years ago.

No one was quite sure when GAMSAT results would come out but Izzy started checking her emails obsessively from the first day of May just in case. This time, I thought, she will definitely improve her score. She will definitely get in.

Eventually, messages of congratulations and commiserations started circulating. Results were out. The thousands of hopeful medical students could check their emails to find out what score they had achieved and determine what universities they could apply to. Get a below average score and chances are you won’t be offered a place.

I messaged Izzy hoping to hear good news. A day later she replied: ‘Don’t ask.’ She had achieved the same score as last year: below average.

This time I couldn’t feed her the same, tired affirmations. At twenty it is difficult to swallow disappointment. And it is even more difficult to admit that maybe everything won’t work out in the end.

At nineteen, Kay was enjoying life. She was a popular girl with a busy social calendar and a bevy of boyfriends. The role of wife and mother seemed the more natural fit for Kay than nun.

‘When I was young I always said to Mum that I wanted to get married and have lots of kids. That was always part of my plan. But I can remember coming home one day thinking “I don’t know what my future is. I don’t know what I want”. But then something lit up in me, a spiritual hunger, and I thought “Gosh, the only thing I can do really is to become a nun.”’

At twenty, Kay thought that religious life might be right for her. And so she donned the nun’s habit and lived a semi-monastic existence, cut off from her family for most of her twenties.

At forty, Kay very nearly abandoned religious life. She felt the heavy yearning in the pit of her stomach: she wanted children. After speaking with her friends she managed to work through the yearning. Again, she committed her life to the church. At sixty the yearning returned: she wanted grandchildren. For the second time she came very close to leaving but again she resisted.

At seventy Kay tells me that, despite everything, she has no regrets.

‘I’ve had a great life. I’ve had a very rich life. I still would have loved to have married and had kids but I’ve made the most of every opportunity.’

In the final chapter of The Rachel Papers Charles Highway prepares to make the transition from nineteen to twenty, from youth to maturity. He has reflected on ‘all the self-consciousness and self-disgust and self-infatuation’ of his teenage experiences. He believes that if he neatly collates all of his mistakes and youthful failings then he will start his adult life at twenty with a clean slate.

It would be nice if it were that easy. If, on turning twenty, your life was suddenly understandable. In truth, the transition from youth to maturity occurs over an indefinable period of time. Twenty may be when we squirm away from childhood and disentangle ourselves from youth but we do not immediately find direction. We are still inexperienced, still working out who we are and what we want to be, and that is okay. It’s just as Sonny says in The Best Exotic Marigold Hotel: ‘Everything will be alright in the end. It it’s not alright then it’s not yet the end.’