joan’s law: why we need affirmative action in politics 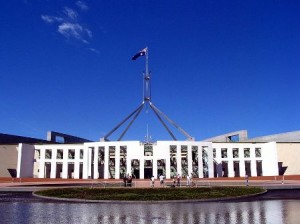 The Labor party will debate raising its affirmative action quota to 50% by 2020 at its annual national conference later this month. The proposal has been referred to as “Joan’s Law”, after Victoria’s first – and only – female Premier, Joan Kirner. The current policy requires women to be preselected for 40% of all seats in the country. If the increased quota is adopted it will be enforced through uniform national penalties if the targets are not met.

The push for change comes from EMILY’S List, a political network working to bring more progressive women into Australian politics. EMILY’S List initially functioned as a watchdog for the implementation of Labor’s original Affirmative Action Rule in 1994, which aimed to get women into 35% of seats by 2002.

Earlier this year, EMILY’S List published a study that demonstrated the role women legislators play in designing and implementing legislation that reduces gender inequality across the social, political and economic spheres. According to the study, the Rudd and Gillard governments had the highest representation of women of any major Australian political parties at 36%. These same governments had the highest ever number of women in any Federal Cabinet or Ministry.

During the Rudd-Gillard years legislation was passed, and reforms made, which significantly benefited Australian women and their families. These included removing gender references from Medicare, placing abortion pills RU486 on the Pharmaceutical Benefits Scheme and introducing Disability Care. During the same period the provision of affordable childcare was expanded and Australia’s first paid parental leave scheme was introduced.

The national co-convenor of EMILY’S List, Tanja Kovac, wrote on New Matilda that the higher number of women legislators and the introduction of a significant body of progressive legislation that explicitly aims to benefit women is not a coincidence. Instead it adds to ‘an increasing body of international comparative evidence that women legislators “raise distinctive concerns and issue priorities” when they are elected to parliament’.

Bill Shorten signalled an intention to raise the issue of gender equality back in June at the Gough Whitlam tribute dinner in Melbourne. ‘We must close the gender gap: in pay and in superannuation, in leadership and in opportunity,’ Mr Shorten said. ‘Helping working women balance their family responsibilities and their career, by supporting paid parental leave and supporting better childcare. Not demonising new mothers as “double dippers”, or lowering a new glass ceiling into every workplace by attacking pay and conditions.’ If the quota were met, raising the number of women in the workforce by 25%, it would create 300,000 new jobs.

The under-representation of women in parliament will continue to affect how women’s issues are discussed and legislated for. Legislatures need to look like the communities they work for. If the premise of a democratic government is to represent the body that elected it, there needs to be a concerted effort to bring those who are routinely excluded from positions of power into the political fold. Women, people of colour, LGBTIQA people, people with disabilities and those from other underrepresented groups are unable to vote for members who can act on their behalf if those people are not even in the race.

In recognition of this, affirmative action has been one method used in Australia to increase the number of women in politics. Although Labor has often fallen short of its own targets, its affirmative action policy has generally been considered a successful one.

Affirmative action is frequently criticised for lowering the qualifications of the people who are hired or promoted under the policy. However, arguments that candidates should be chosen on merit alone are problematically circular. The pool from which to choose the candidates with the “most merit” rarely represents a broad range of those qualified for the position, because systemic inequality has actively kept those who are less privileged out of contention.

Labor’s policy, along with many other similar local and international policies, has shown that affirmative action can offset some of the distortion sexism affects on the representation of women in positions of power. Of equal importance is the evidence that the policy can impact the number of women who apply for the job in the first place. Guaranteeing women equal representation increases the likelihood that women will apply for the position.

Increasing Labor’s quota to 50% will bring the chances of equal representation of women in politics just that little bit closer. The knock-on effects of this are deeply significant for women around Australia. More women in politics will mean more legislation that actively works against the disadvantage and exclusion so many women currently face.