lip top 10: ladies who had ladies for lovers 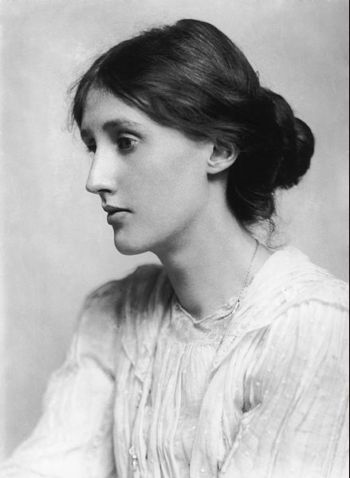 On this day in 1990 the World Health Organisation removed homosexuality from the International Classification of Diseases. How kind of them. To mark the occasion I thought I would take a look at a few ladies who liked to like other ladies back when homophobia was really taking off.

1. Sarah Jewett
Jewett was an American author who lived the last 20 odd years of her life (she died in 1909) in what was colloquially called a ‘Boston Marriage’, which was two women living together, independent of male financial support, with a woman named Annie Fields. There isn’t anything conclusive to say that she was in a homosexual relationship in the way we characterise one today, but the contemporary definition focused more on an intense emotional bond with someone of the same sex which, by all reports, she had with Fields.

2. Ethel Smyth
Sexuality aside for a second, she was pretty neat woman: you would see composer, author and suffragette all covered in her life story. She has said on record that at times she was in love with both Emmeline Pankhurst and Virginia Woolf. In a letter to Henry Bennet Brewster in 1892 she said, ‘I wonder why it is so much easier for me to love my own sex passionately than yours. I can’t make it out for I am a very healthy-minded person.’

4. Willa Cather
There’s a good chance that Cather’s is the first name on this list that you may recognise. If not, she was an author who had two dozen novels and collections published. If she had been from the New England area she too would have been considered to be in a ‘Boston Marriage’, spending around 40 years with Edith Lewis, before Cather died in 1947.

5. Radclyffe Hall
Hall was an English poet and author (can you tell my predilections swing towards the arts?) who was out and proud. Socially, she was known for the male attire she wore and the new name she took on – John. Her most well-known work was The Well of Loneliness, a novel about the isolation and rejection felt by two lesbians in the 1920s.

6. Virginia Woolf
Now, I know you all know this name – A Room of One’s Own and Mrs Dalloway are the standouts. Reading her biography, I was quite surprised by how little I actually knew about her, including the sexual relationship she had with a woman by the name of Vita Sackville-West. Both were married at the time.

7. Josephine Baker
A vaudeville superstar, Baker was confirmed as bisexual by her son, who can rattle a half dozen names of lovers she had while he was growing up. In his biography of her, he explains that taking lovers was quite common amongst chorus girls, due to segregation. Because there were not enough “black” hotels, the performers were often forced to share beds in boarding houses, which is where the relationships were born.

8. Gladys Bentley
Bentley was a blues singer during the Harlem Renaissance who partially built a career on being a lesbian. Interestingly, when McCarthyism started taking over the US in the early 50s, her career took a nosedive, and she swapped her suits for dresses and her wife for a husband, claiming she had been cured of being lesbian by taking female hormones. Methinks it was more a career move though.

8. Frida Kahlo
Kahlo was a Mexican painter who enjoyed numerous affairs with women while she was married, including one with Josephine Baker.

9. Audre Lorde
Lorde described herself as a ‘black, lesbian, mother, warrior, poet’. She published a fair bit of poetry as well as a few essays, and was known for her activist work for the rights of those of African descent in both America and Germany.

10. Gertrude Stein
Stein was known equally for these four things: her writing, her art collection, her friendship with Ernest Hemingway, and her relationship with Alice B. Toklas. If you’re interested, she wrote one of the first “coming out” stories in 1903, Q.E.D. It just wasn’t published until 1950. And its title was changed to Things as They Are.

Lipsters, care to add anybody to the list? Tell us below!

2 thoughts on “lip top 10: ladies who had ladies for lovers”