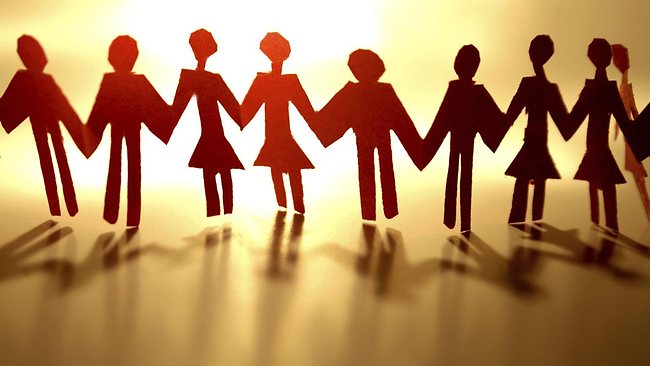 With four simple words Tasmania made history yesterday as months of protesting and political back-and-forth came to a head in Tasmania’s Parliament House. After legislation was shelved this week on federal marriage reform, the Same Sex Marriage Bill passed easily in the House of Assembly by a vote of 13-11.  Shakespeare was read, stories were shared, accusations made, and a mostly jovial four hours in the house of assembly culminated in a historic decision in Australia.

The bill must be read a third time and passed in legislative council before becoming law.

Both Tasmanian premiere Lara Giddings of the Labor Party and MP Nick McKim of the Greens voiced their confidence that the bill would pass, and that Tansania would become the first state in the country to legalise same sex marriage.

Mr McKim said: ‘The commonwealth laws are, to be blunt, wrong. They are hateful, discriminatory and unfair.’

Several members of both the Greens and Labor parties called marriage inequality the ‘last bastion’ of discrimination in Australia.

Present in the house were human rights organisation Rainbow Labor Tas and long-time advocate for marriage equity, Rodney Croome, who worked for the decriminalisation of homosexuality in Australia in 1997.

The debate was broadcast live, though, according to one tweet by Rainbow Labor Tas during the break, public gallery members were prohibited from tweeting.

Ms Giddings spoke first and quickly addressed the religious opposition to the bill saying:  ‘Moral obligations do not hold anymore. Marriage equality is about civil rights.’

This is a direct opposition to Prime Minister Julia Gillard’s assertion last spring that her ‘religious heritage’ and ‘traditional upbringing’ meant she could not support same sex marriage.

The bill clearly outlines who can marry, who can authorise marriages, and makes provisions for financial and property rights, as well as the right to dissolve homosexual marriages (an important aspect of marriage equality overlooked in some states in America). The bill also extends the right to celebrants not to perform same sex marriage if they choose.

Members of Labor and the Greens spoke of responsibility, respect, acceptance, and dignity in their support of same sex marriage, making specific mention of the mental health and physical safety of LGBTI youth.

Speaking for the opposition, Liberal leader Will Hodgman (notably the only member of that party who spoke and one of few who was present) denied allegations that his party members were prohibited from a conscience vote, insisting that the objection to same sex legislation was a unified one. The Liberal Party, he said, has always been committed to the institution of marriage as defined by the Marriage Act, and stressed that to oppose the bill in question is not to be homophobic.

This was passionately disregarded by Greens MP Kim Booth who called the Liberal party’s refusal to support the bill ‘shameful’ and ‘repugnant’, demanding why so many members were absent or silent. Their silence, he argued, passively supported violence and discrimination against the LGBTI community.

The main challenge by the Liberal party was the inconsistency of state wide legislation. Hodgman argued that marriage was a responsibility of the Commonwealth and a decision that should, legally, be made by the federal government. The Same Sex Marriage Bill 2012 would then contradict the Marriage Act of 1961 (which defines marriage as an institution between a man and a woman only).

The passing of the law would be vulnerable to constitutional challenge; something Hodgman stressed would be costly to Tasmanian tax payers.

‘This will undoubtedly be an expensive exercise to be borne by the state of Tasmania,’ said Hodgman. ‘It is inevitable.’

Labor MP Bryan Green chastised the question of expense when ‘[the government] just spent $4 million on an energy panel of experts.’

Fellow Labor MP Michelle O’Byrne also addressed the constitutional challenge, saying the definition of marriage must be expected to adopt and evolve, and that the fact that it has been done around the world, and expected throughout Australia proves there is grounds for change at state level and that Tasmania is well in its rights to do so.

‘What we are doing is not new,’ said Ms Giddings in her second reading speech before listing the countries around the world that have recognised and legalised same sex marriage at the federal level. She made particular mention of neighbouring New Zealand, whose government voted yesterday in support of marriage equality.

The “debate” (the poor showing of the Liberal party made it a very one-sided discussion) followed a push by Australians for the last 18 months to legalise same-sex marriage. Earlier this month a poll by Australian Marriage Equality found that 64% of Australians support marriage equality. This includes members of religious institutions, signalling a change in long-standing religious attitudes in the country. Ms Giddings cited clergymen and women in particular who, earlier this year, vocally supported marriage equality.

‘It’s not the community that’s behind on this issue, it’s the politicians,’ echoed Mr O’Halloran.

The vote should come as a relief to activists and lobbyists who, in 2011 put more and more pressure on the federal government to amend its marriage laws.

It is unsurprising that Tasmania is the first jurisdiction in Australia to pass same sex marriage legislation. The state has a proud history of championing for civil and human rights.

‘I fundamentally believe that across Australia we have reached a tipping point,’ said Ms Giddings.