it’s been one year, one month and ten days 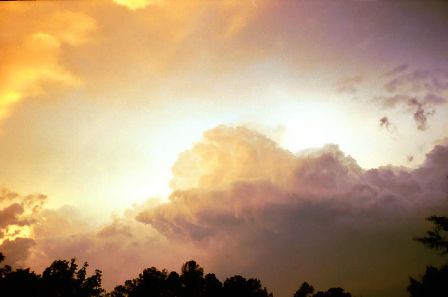 It’s been one year, one month and ten days. One year, one month and ten days later and I am not afraid of going to sleep anymore. Like a child, I was afraid of the dark. It’s fair to say that I haven’t really known myself in this time. I have been agitated, angry, frightened, untrusting, and utterly exhausted. I spent every day fighting natural feelings and emotion. Instead I focused on what I should be feeling, how I should be responding.

You see after you’ve been raped the loss of dignity, the sensation of worthlessness and the relentless self-doubt overcomes you. As you start to heal it reappears and soon develops into a lump of guilt that feels impossible to swallow.

I am a rape survivor. Another statistic. I’m familiar with these statistics. What changed for me was that I became a recipient of the stigma attached to rape survivors, of the questions and the misplaced responsibility. Such loaded questions, from a place of love, of concern, stem from a culture of tolerance for violence; of acceptance for women’s fragility and inferiority. As a result I felt the warm wash of shame, the shame that I have carried for one year, one month and ten days.

You see I did scream. I did hit him away. I did fight. I did these things until I couldn’t anymore.

The point is, it doesn’t matter whether I was frozen with fear or fought until my body and mind could no longer process what was happening – it is not my responsibility to carry the burden of preventing that violence. It is everyone’s.

Surprisingly, the question I asked myself was ‘what type of rape victim’ I would be. Like it was some kind of selection I could make from a menu of rape survivor types. I felt immense pressure from somewhere to fit within a type. I refused to be a victim but could I be the survivor who forgives her rapist because I still cared for him, despite his treatment of me. Or, would I be the unwavering feminist with a no tolerance policy, totally disregarding any emotional attachment I still felt? But the activist in me asked, whether or not I could push past my own pain and grief and focus on others who were in a similar situation or worse?

I wrestled with all of these thoughts and after ten months of struggling to move past the terror, I finally allowed myself to grieve. As a result my anxiety resurfaced, the nightmares became a regular occurrence and I felt a heightened sense of fear around men. But with each anxiety attack or nightmare, I slowly began to absolve myself from the pain and guilt I’d felt from the terror I’d experienced and I became more aware of his determination, his power and his entitlement over me.

One year, one month and ten days later I’m beginning to trust myself again. I can fall asleep without leaving the light on. What still haunts me is the dire reality that the greatest threat to women is men. While this is statistically correct it is a reality I refused to accept. I know the generosity, the kindness and the compassion that men can embody. I’ve seen the greatness, the innovation and the protection they can offer and I wish those qualities for young boys and men.

One year, one month and ten days later it is my wish that we no longer sit comfortably with violence against women. Instead we bring it out from behind closed doors and acknowledge that we need to change the culture we have around violence, that we need to challenge attitudes and behavior to reflect an equal and respectful society. If we come from a place of equality, tolerance and respect, violence would struggle to exist. It is my hope that we ask questions not of those who have endured violence but those who are violent.

In the meantime, I choose not to be crippled or defined by what I experienced. I choose not be considered a victim but rather a survivor who will inevitably struggle with trauma. I choose not to feel the warm wash of shame everyday but to trust that what I’m feeling is exactly how I should be feeling and most importantly, I choose not to remain silent about an issue that thrives on silence.

This piece was first published on Kelsey’s blog, Be Bold Be Fierce and has been republished at Lip with permission. You can read more of Kelsey’s words here and join her on Twitter here.