our generation: the leaders of today 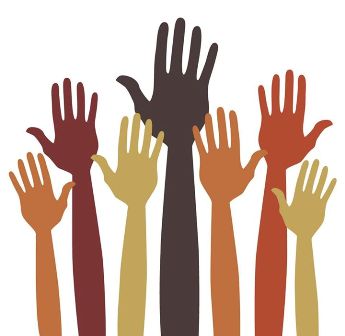 ‘Today’s youth are the leaders of tomorrow.’

It’s a phrase often touted by well-meaning experienced leaders to inspire young people. But from the Tiananmen Square Protests to the Arab Spring, young people have always been key instigators of change in the fight for social justice.

Growing up with the Internet, our generation has the resources at our fingertips to engage with like-minded activists and create effective campaigns that lead to change. However, in an era of media saturation, activism can be overwhelming to navigate.

get informed and be selective

A mistake that many activists fall into is trying to do everything at once. You may care about several causes, but it is much more effective to focus on one or two causes that you feel particularly passionate about.

At Amnesty International Australia’s student conference earlier this year, former Amnesty Branch President Senthorun Raj explained the importance of this so that you are not overwhelmed and exhausted. He advised that once you develop your focuses, trust other activists with different passions and play a supporting role in their causes (and vice versa). Indeed, activism is only achieved through a strong collective.

To click or not to click? The home of selfies and cat videos, there is a lot of debate about whether the Internet is a meaningful tool in activism. The biggest critique is that online action can foster “slacktivism”, where people engage in causes with minimal effort and feel as though they’ve done enough – think liking a Facebook post or signing online petitions without actually engaging with the cause.

On the other hand, it’s a great way to generate support for a campaign, connect with other activists and engage with the media. It’s also an easy, non-intimidating entry point for those who want to get involved but may be hesitant or have had no prior experience.

from online to offline

To avoid the “slacktivism” label, it is so important to move your activism offline. Paired with online action, offline action is what ultimately gets attention. The Arab Spring has become the classic example of online action spurring offline mobilisation as youth activists used social media to spread information and bring people together to protest.

Closer to home, we saw high school students at Adelaide’s Woodville High School mobilise to support two Vietnamese asylum seekers at their school who were sent back to detention. They created an online petition, engaged with social media and rallied outside South Australia’s Parliament House, demanding answers.

There are so many ways to get involved: attend events, engage with your local MP, join a local charity or human rights organisation and volunteer your time and skills.

What young people may lack in experience, they make up for in energy and creativity. Activism has never been as accessible as it is today; there really is no reason to wait for tomorrow.

Amnesty International has recently launched their NSW Youth Network. To get involved check out their Facebook page here.