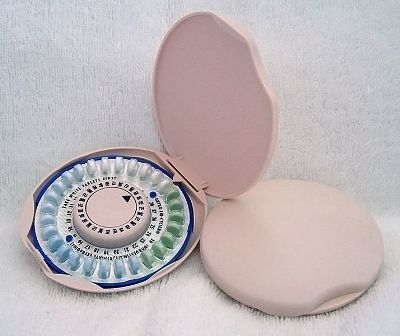 Today, women and men have more choices than ever when it comes to their reproductive health. Reproductive technology has advanced to the point families can forego pregnancy altogether, or help families conceive through less traditional means.

Though many of us are used to the reproductive advances that have been made available throughout the years, it’s arguable that none of that would have been made possible without one of the most profound inventions of the 20th century: the pill.

Just over fifty years ago, birth control revolutionised the lives of women everywhere. As key inventor Carl Djerassi wrote in 2015, after the invention of the birth control pill, ‘sex became separated from its reproductive consequences’ and ‘changed the realities of human reproduction’.

According to the latest UN data, contraceptives are used by 64% of married and unmarried women in almost all regions of the world, arguably making it one of the most profound inventions to come out of the 20th century.

Djerassi’s discovery, backed by the lifelong work of reproductive rights activist Margaret Sanger and numerous other researchers, has allowed millions of women to make reproductive choices about their own bodies.

While the road to legal contraception has been fraught with conflict, birth control isn’t without its historical flaws, most of which have been forgotten by the general public.

While we ought celebrate the ways in which the contraception has changed many women’s lives for the better, we also must acknowledge that its history is fraught with a number of problems, including a history of racism, classism, and eugenics.

Before being sent out to the mass market, the pill was tested on women – specifically, women of colour, who later experienced forced sterilisation.

In fact, many journalists have written about the darker sides of birth control, noting that two doctors inflicted a lot of damage on marginalised women from outside of the U.S.

Puerto Rico became a prime location for testing, as officials in the area hoped that it would help to curb poverty. By 1965, ‘one-third of every married women aged 20-49 had been sterilised…two-fifths of them before the age of 25,’ sociology professor Harriet B. Presser writes.

Though the pill was brought forth due to the suppression of women of colour, it was certainly not advertised as such. 1960s advertisements for the pill touted women’s liberation, and within five years over 6 million women had begun taking contraception.

Doctors often still pressure women to use pharmaceutical birth control and dismiss women’s experiences with various side effects. Recent studies published in the journal JAMA Psychiatry confirmed that there was a strong link between clinical depression and use of the pill – side effects women had been reporting for years.

Similarly, a number of class action lawsuits have been filed when a non-surgical form of permanent birth control, called Essure, has caused a number of women’s fallopian tubes to perforate, and many women have been forced to have hysterectomies as a result. Other forms of birth control just “disappear” inside of women’s bodies.

Despite the serious side effects that can be caused by the pill and other forms of contraception, the onus of responsibility to take charge of family planning is nearly almost always on women.

‘Even in an age when HIV/AIDS has brought new relevance to condom use, women still struggle with partners who insist that it is better for them to bear the costs of contraception in their veins than cause sexual inconvenience,’ Laura Eldridge writes. Although recent efforts were made to create a birth control alternative for men, research was killed after men reported severe side effects.

Perhaps Bianco summarised it best: ‘History in general isn’t pretty – and it’s no different for the pill. But by being cognisant of the pill’s past, advocates for reproductive justice and for women’s rights in general can form a more nuanced, and more ideologically diverse, politics for our collective future.’