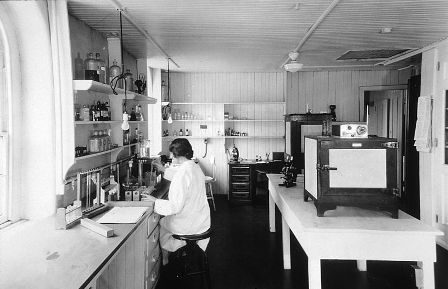 For some time now, women have been statistically underrepresented in the fields of Science, Technology, Engineering, and Mathematics.

This trend is particularly troubling, as STEM fields are aching for qualified workers. The cyber security industry, as an example, is a field that has grown to be particularly important in today’s technological age, yet a mere 11% of women have chosen to pursue careers in this field.

It’s a trend that is reflected in a majority of STEM programs, but the lack of women in these fields has little to do with their educational attainment. As today, women maintain a 60% majority in undergraduate classrooms, and over 41% of STEM related Ph.D.s are earned by women.

Furthermore, in many of these fields, women weren’t always a minute demographic. In the mid-1980s, for example, the computer programming industry was 37% female. By 2010, that number had decreased by over 20%.

What can companies do to combat this trend?

While women have progressed societally in a number of ways, in the STEM sector, women are not only underrepresented but feel as though they’re being pushed out or, in drastic cases, demeaned or endangered.

‘They love the work and want to fit in. But then something happens – a slight or major offense – and they suddenly feel like outsiders. The question for newcomers to a field has always been when to play along and when to push back.’

For others, the culture is so toxic that it’s not a matter of speaking up, it’s a matter of tolerating sexism or leaving the industry altogether.

‘But it’s hard because this is basically the only field that I’ve ever known. And is it right for me to have to leave when I’m not creating the problem?’

In order to attract and retain more women in STEM fields, it’s this culture that needs to be addressed. According to a study by the Center for Talent Innovation, STEM fields would drastically benefit from first tackling three basic problems in the industry.

Women in STEM often enter a culture full of outdated “old boys’ club” attitudes. The CTI study noted that at least one-third of the leaders in STEM fields believed that women would never be able to attain top positions in their organisations. The report also noted that women with families felt out of place due to the unforgiving nature of their schedule, which leaves little time for family. Women also are subjected to microaggressions and a workplace culture that thrives on “buddy networks” that women are often left out of.

Lack of Support and Mentorship

For women in STEM, mentorship is important. According to the AAWU, mentorship is one of the most important factors in attracting and retaining women in STEM fields. Mentorship and sponsors allow seasoned veterans of the industry to not only step up as role models for those just entering the field, but mentors can also use their social influence to promote their mentees’ ideas, advocate for their advancement, and help them make connections in their field.

Isolation is a very real part of women’s day-to-day experiences in STEM fields, and mentorship allows women to feel as though they’re not othered.

While this is likely the most surefire way to challenge women’s involvement in the industry currently, mentorship in many of these fields is hard to come by, due to the high turnover rate of women in the industry.

Women’s Are Not Seen as Management Material

Women in STEM fields struggle to embody leadership techniques that their male superiors value. They’re often perceived in one of two ways, too emotional or too cold.

‘Women are forced to conform to a more specific or narrower set of standards around executive presence than men, and they don’t get useful feedback on how they might go about improving their executive presence,’ one study notes.

It’s this kind of subtle sexism that continues to be a barrier for retainment and advancement for women, as they experience daily microaggressions and sometimes overt discrimination.

Still, the STEM companies as a whole will have to work hard to overcome the negative perceptions that women hold of the industry at large. To remain globally competitive, companies are going to have to promote a culture of inclusion in order to bridge a gender gap that is currently preventing innovation.