festival of dangerous ideas: surrogacy and the rights of surrogates and children 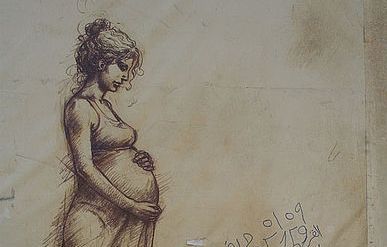 At Sydney’s Festival of Dangerous Ideas last weekend, the question was asked: is surrogacy child trafficking?

She argues that surrogacy is a form of female oppression based on sex and reproduction, regardless of whether it’s for commercial or altruistic reasons, as it requires women to renounce their interests and give up their body for nine months.

Some draw a comparison to prostitution, where you sell a service (in surrogacy that service being pregnancy) and not your own body. However, with surrogacy, there is a tangible product that exchanges hands at the end of the “service” – a baby.

For Ekman, commercial surrogacy is a problem due to the nature of capitalism that favours buyers’ rights. As such, in the practice of surrogacy, women’s rights are left behind. This is of particular concern when we consider that the relationship between the intended parents and their surrogate mother is often an unequal one, in which surrogate mothers are in the working class or living in poverty in developing countries where there is little regulation around the practice.

Salma, an Indian surrogate, tells sociologist Amrita Pande of her experiences with surrogacy:

‘Who would choose to do this? I have had a lifetime’s worth of injections pumped into me. Some big ones in my hips hurt so much. In the beginning I had about 20–25 pills almost every day. I feel bloated all the time. But I know I have to do it for my children’s future. This is not work, this is majboori [a compulsion]. Where we are now, it can’t possibly get any worse. In our village we don’t have a hut to live in or crops in our farm. This work is not ethical – it’s just something we have to do to survive. When we heard of this surrogacy business, we didn’t have any clothes to wear after the rains – just one pair that used to get wet – and our house had fallen down. What were we to do?’

Ekman asks why we use poverty as an excuse for exploitation, especially when the decision to become a surrogate is not always made out of a desire to be a surrogate, as suggested in Salma’s situation. In some cases, women are forced into surrogacy by their husbands or are forced to sign contracts when they themselves do not read.

It may then seem like the most logical thing to do is to make commercial surrogacy legal in Australia to deter couples from heading overseas. But Ekman warns against this line of thinking. If we look to the US as an example, where commercial surrogacy is legal in some states, we see that people still go overseas for surrogacy because it is much cheaper to do so. In the US, the price for surrogacy is over $100,000. In a place like India, where the largest group of foreign buyers is Americans, it can cost a third of the price.

Then what of altruistic surrogacy? Even that is not without its faults. While altruistic surrogacy doesn’t commercialise pregnancy, it turns pregnancy into a function separate to the woman that can be lent to others without consideration for the spiritual or existential experience attached to pregnancy.

Ekman says that altruistic surrogacy ‘preys on the old notion of what a woman is for – a woman should sacrifice herself for others’. The surrogate mother, despite not receiving financial compensation, is expected to change her lifestyle, give up her body for nine months and endure any risks that can come with pregnancy and childbirth. She is also expected to relinquish any emotional attachment to the unborn child. Is it really fair for a woman to go through such a process without being paid? In the US, when commercial surrogacy was banned in some states, the number of available surrogates decreased.

The only situation where Ekman sees surrogacy as something that could work is when the surrogate mother is still involved in the baby’s life after childbirth – as is the case when a mother carries a baby for her daughter and stays in the child’s life as a grandmother.

The discussion around surrogacy has traditionally looked at the intended parents’ desires and rights. Going forward, especially in light of Baby Gammy’s case, we need to ensure that surrogates’ rights and children’s rights are not lost along the way.