the day the laughter stopped: a game about rape 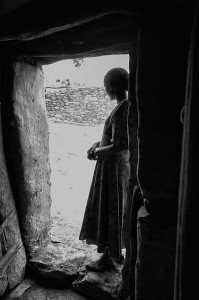 I want to start this article with a Serious Trigger Warning. If trigger warnings are something you watch out for, then this article is likely not for you.

Otherwise, I would encourage you to follow this link. But be warned it will leave you feeling deeply uncomfortable. That’s how I felt afterwards.When you’ve finished with that link or if you simply want to know more now then read on.

This will include spoilers. I’m going to talk about a short interactive game called The Day the Laughter Stopped. It is a game about rape.

You are a 14 year old girl who catches the eye of a popular senior boy. Your friends all think he’s cute and while you’re nervous about him paying attention to you, you’re also very flattered. He invites you and a friend to a party. Regardless of whether you say yes or no, you must attend. Your friends will pressure you into going. He gets to know you and you come to really like and trust him. He understands you, he listens to you and he values you for your friendship.

The choices you can make throughout the game are limited; basically you can make the cool, sociable choices or the more careful and conservative ones. It doesn’t matter which you choose; whether you kiss him or drink the alcohol he offers you or not. Either way the game ends in the same place, with you attending a barbeque by the lake. He asks you to take a walk with him. You can say yes or no, but either way he will make you.

He will lead you into the woods and he will rape you. You are given the option to fight back or freeze up. You can click on fight back as much as you like but nothing will happen. As much as you want to lash out and struggle, you can’t.  You can only freeze up. The rape is graphic and very confronting. Afterwards you go home to your family and have the option of telling them what happened or remaining silent. As before clicking on telling them what happened does nothing. You can only remain silent, go up to your room and cry yourself to sleep. Attempt to start a new game and the message: ‘There is no starting over. This happened’ will come up. Attempt to refresh the page and the message is still there with all the choices you made throughout still sitting there.

I didn’t need to read the trigger warnings before going into this, so I wasn’t entirely sure what the game was about. The ominous music and tone told me something bad was going to happen of course. Initially I picked the sociable choices but when he kissed me without my permission, I pulled away. I found myself choosing the more conservative choices after that in some vain hope I could make him leave me alone, even though I knew logically that would make no difference.

As women we are told to watch how we dress, how we behave, how much we drink. Did we flirt with him too much? Was our skirt too short? Were we too drunk? Don’t we know we were leading him on? We obviously wanted to get physical with him. Sexual assault is still referred to as a woman’s issue, even though roughly 98 per cent of reported attacks are perpetrated by men.

‘Real Rape’ (as society tells it) happens to a woman in a dark alleyway at night. It is perpetrated by a stranger. It involves a weapon.  She must struggle and fight back. She must be left with obvious signs of physical injury. And if you are a man who has been raped, particularly by a woman, then it is highly likely you will simply not be believed. This falls too far outside of society’s ideas of what constitutes ‘Real Rape.’

Rarely does society tell the truth; that statistics show we are far more likely to be raped by our boyfriends, our fathers, our husbands, our dates or our friends. In 2012 75 per cent of reported sexual assault perpetrators in Australia were known to the woman.  6 out of every 10 reported sexual assaults happened in the woman’s own home, or the home of a friend or family member. It is therefore unlikely she will be threatened with a weapon since her attacker is known to her; her guard will likely be down. It is unlikely she will fight back out of fear of being hurt even more, or killed. She will probably go into shock, leaving her unable to move.  Afterwards her emotional response could be anything: anger, fear, anxiety, restlessness, tension, crying, nervous laughing, or little or no emotion at all. Everyone is different, everyone responds differently.

It is important we remember this, since so much emphasis is still placed on how a woman responds during and after her rape. Too often, the women courageous enough to speak out against their attackers are treated like criminals themselves. Did you know that of sexual offence incidents (including rape) reported to police, less than 20 percent result in charges being laid and criminal proceedings being instigated? Between a quarter and a third of cases are dismissed without a hearing. That is out of the 18,000 or so cases reported each year in Australia, which is conservatively guess to represent 30 per cent of all rapes that occur annually.

The central message of this game and what makes it so powerful is that your choices are just illusions. Hold his hand, or don’t. Let him kiss you, or don’t. Take the drink, or don’t. Either way the story takes you to that same place in the woods. Through the clever use of removing player agency you come to realise that neither you nor the young girl hold any power in this situation. What happens to you has already been determined by your ‘supposed’ friend. It is not your choices that led you to this point. You are raped because a rapist decided to rape you.