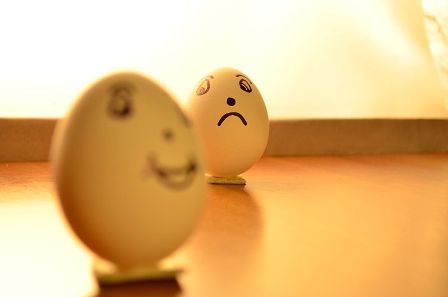 This is the tits-out status update Nikita*, 26, never posted, after being diagnosed with bipolar disorder and taking her first round of meds for resulting depression earlier this year.

‘A friend and I were talking about this recently. Some of the toughest times of our lives hit and we end up revealing none of it. Instead, we jump on Facebook to remind people that everything is fine.’

It was a good six months of euphoric ups and sudden downs that culminated in Nikita’s family calling in professional help. They phoned a psychiatrist who made an emergency house visit ­–at the time, Nikita was hysterical and indecipherable.

‘What you’re experiencing is psychosis,’ the doctor announced.

Before the fall, so to speak, Nikita seemed a superhero one day and a beautiful mess the next. To those closest to her, she was hard to keep up with.

‘She was an excitable, hyper-real version of herself; like someone you suspect has had seven coffees before noon,’ a friend of Nikita’s explained.

Bipolar Disorder is characterised by extreme mood swings and, in Nikita’s case, seemed to be triggered by a break-up that, in hindsight, she had skipped over.

‘When I broke it off, I felt strangely unaffected by it. I felt ready to move on. We were together five years, so I probably should’ve looked at myself a little harder.’

It is estimated that about one in 50 Australians develops Bipolar Disorder, which affects both men and women equally. Most of those affected are in their twenties when it first hits.

‘I’m so embarrassed when I think about the crazy shit I was saying. I fell in love with this guy and told him I would get him the $250K he needed to fund the script he was working on. I was completely delusional.’

That’s the thing about not sleeping, Nikita warns, it tricks you, convincing you of video-game invincibility. During her manic chapter, she’d write out goals on her bedroom mirror, convinced that each idea was a flittering spark of genius.

‘I was reading back on my diary from just before the breakdown. I was telling people I’d paid off tickets to New York – which I hadn’t; I even quit my job with the declaration: “I’m going to be a star on Broadway”; I said I was going to spend weekends looking at houses to buy… all the while I was actually in debt.’

Being able to go without sleep and grandiose delusions, like those above, form two common symptoms of bipolar disorder. In a person with the illness, it is thought that the chemicals that regulate mood are easily thrown out.

Nikita, now sitting opposite me in an Inner West café in Sydney, is determined to come off her meds in due time, and self-heal through exercise, hard work and journaling. After her bold exit from a full-time post in contracting and business affairs, she humbly returned to the same workplace and asked for her job back.

‘I worried for ages that people would judge me. Some were like, “So what happened to your Broadway dream?” I still want to act and sing, but I realise it’s not gonna happen in a few months.’

In case you’re wondering, her voice is of the calibre of “making it”.

‘I’m just going to work on getting better, and the rest I’ll figure out as I go.’

*Name has been changed

April Smallwood is an Australian freelance writer, language lover, and vinegar enthusiast. She graduated with a BA (Media & Comm) at UNSW and started out as a reporter on the uni mag, Blitz. Since then, she’s earned a crust writing and sub-editing for Cleo magazine, SBS Food, and MUNCHIES. She can presently be found fumbling with baguettes in Lyon. Please follow her on Twitter!