under the microscope: scientists petition magazine to tackle sexism 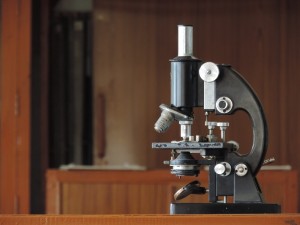 More than 600 scientists and their supporters have a signed an open letter to the American Association for the Advancement of Science (AAAS), accusing it of producing material that reinforces detrimental stereotypes about women and other underrepresented groups.

The letter refers to four specific incidents. The first was a cover run by the AAAS’s flagship journal in July 2014. The photo on the cover features the bodies, but not the faces, of two transgender women of colour.

The critical response that followed included a letter from United States Congresswoman Jackie Speirer to the former head of AAAS which states ‘the use of headless, sexualised women of colour on the cover of the most prestigious science publication in the United States sends the message that women and minorities still do not fully belong in the “boy’s club” of science’.

The second incident referred to by the letter was the response from an online editor of AAAS column, Science Career. Following the widespread criticism of the Science cover, the Twitter account, @SciCareerEditor tweeted ‘Am I the only one who finds moral indignation really boring?’

The AAAS letter states: ‘The cover photo of headless transgender sex workers of colour with the caption “Staying a step ahead of HIV/AIDS” fed into stereotypes associating prostitution and HIV/AIDS with three underrepresented communities – women, people of colour and the transgender community – along with its general harmful representation of disembodied female bodies.’

The third incident in the epistle addresses is a June 2015 advice column published in Science Career. In the column an anonymous doctoral student wrote-in that whenever she meets her male advisor in his office ‘I catch him trying to look down my shirt’.

The advice provided by Alice Huang, former president of the AAAS, included: ‘Some definitions of sexual harassment do include inappropriate looking or staring, especially when it’s repeated to the point where the workplace becomes inhospitable. Has it reached that point? I don’t mean to suggest that leering is appropriate workplace behaviour—it isn’t—but it is human and up to a point, I think, forgivable. Certainly there are worse things.’

She went on to advise that as long as her adviser does not move on to other advances, she should ‘put up with it, with good humour’ – if she could. ‘His attention on your chest may be unwelcome, but you need his attention on your science and his best advice,’ Huang wrote. The response has since been removed and replaced with alternative advice.

The final issue mentioned is a July 2015 article in the Working Life section of Science, in which a male scientist describes how he managed the difficult hours his work required. ‘I worked 16 to 17 hours a day, not just to make progress on the technology but also to publish our results in high-impact journals,’ he wrote. ‘How did I manage it? My wife—also a PhD scientist— worked far less than I did; she took on the bulk of the domestic responsibilities.’

In response to the inevitable criticism the author asked: ‘If I stayed home, would my wife be sexist?’ The original article has not been removed.

Janet Stemwedel, a philosopher at San Jose State University, who signed the letter, told Retraction Watch that the AAAS represents a scientific community that ‘is not one that’s welcoming to women, to underrepresented minorities, to disabled scientists, to single parents or people who need to care for ageing parents — really, to anyone who’s not a white guy with the resources (financial or human) to be able to focus only on the science, or to people who aren’t white guys who are prepared to swallow interminable microagressions’.

These events are not anomalies or oversights but part of a consistent and systemic hostility towards women and other marginalised groups in the STEM community. The Tim Hunt fiasco testifies to this, as do the recent questions over the exclusion of female scientist Rosalind Franklin’s role in discovering the structure of DNA in 1953.

In April this year, evolutionary geneticist, Fiona Ingleby, tweeted two excerpts from a review of her manuscript on the gender differences in the transition from PhD to post-doctorate. The response from the PLOS ONE journal suggested ‘it would probably… be beneficial to find one or two male biologists to work with’ to prevent the manuscript from ‘drifting too far away from empirical evidence into ideologically biased assumptions’.

However, explicitly misogynistic comments are only the beginning of the problem the STEM community has with the inclusion of under-represented groups. The bigger problem is the structural exclusion perpetuated from primary school upwards.  Boys out-perform girls in mathematics and science worldwide, but not because of any innate discrepancy in abilities. In Australia women hold only 10% of senior science faculty positions. In the US, only 21% of science professors and 5% of engineering professors are women. Globally, men make up 96.5% of all venture capitalists.

A 2012 study showed that science faculty members, when given identical CVs except for the name, were more likely to consider the male candidates and offer then larger starting salaries. The CVs’ names were traditional male or female names and selectors of both genders perpetuated the trend of picking male candidates ahead of female ones.

STEM-specific abilities and careers are viewed as inherently “male” by such large portions of Western society that girls internalise these views very young. Many girls lack the self-confidence to consistently achieve at the same level as their male counterparts. However, when low levels of self-confidence are controlled the gap in performance between girls and boys all but disappears. If this is not addressed, the STEM community will continue to scrape in just over half its potential members.