why i don’t want to be a mother 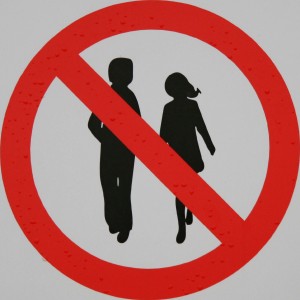 The ‘joys’ of motherhood are undoubtedly lost on me. The inverted commas that I have deliberately and strategically placed around ‘joys’ say it all. Mind you, I have never experienced being a mother for myself, so of course I wouldn’t know. But I have my conspiracy theories.

I have heard too many horror stories (courtesy of my own mother dear) of women who have had to put their careers on hold in order to raise a child. Unfortunately, my mother was of the same ilk. In following the traditional structure of man as primary breadwinner and woman as domestic housewife, she quit her job in order to take care of her children (oh, the shame) full time. It was her own choice, and yet at the same time, it wasn’t. She doesn’t complain too often, but once in a while in the intimate atmosphere of a silent car, she will warn me of the problems faced by women in this sense and urges me to make a smart career choice. ‘Pick a job that’s right for a woman,” she says. Well.

See, the thing is this. I am never, ever, ever going to choose a job based on the fact that I may or may not get married and have kids in the future. The idea just doesn’t make sense to me in the slightest, and even if I do get the remotest hint of what it’s implying, I fundamentally reject it. I don’t understand why I should be forced into choosing a certain career path simply because of the possibility, however likely, that I may become a mother. I don’t dispute that problems may arise if I do end up juggling nappies and a full-time job, but I’m confident that there will always be other avenues to take other than changing your dreams completely. There will always be help on hand, resources for new mothers, your partner (let’s not forget about them), etc.

Now, I’m sure that motherhood is a wonderful, enlightening experience and an honour. Trust me when I say that I am not some sort of kid-hating, cold-blooded hag who shuffles around the neighbourhood muttering ‘sodding kids’ under her sour breath. Because, hey, I think babies can be cute. However, I, personally, would take my dream job over children any day.

This dredges up another issue though: kids don’t actually like me. Oh no, now the picture of a hag that I painted in your minds earlier is starting to look a lot like me, am I right? But alas, I do have to admit that for some reason, children just aren’t drawn to me.

I’ve never had a penchant for dealing with children, mind you, but even from the outset of any interaction with a kid, I can tell that we just don’t connect. This point is made painfully evident at social gatherings whereby I am left hovering awkwardly at the edges of a game, half playing half terrified of the kids (is it just me or are they getting bigger these days?), or twiddling my thumbs solemnly pondering my inadequacy and feelings of neglect while they take more interest in my sisters. Alas.

My sisters have kindly told me that I talk too maturely and too much like an adult to kids. I suppose that for that reason, I’ve already distanced them. They have also helpfully advised me that I should, and I quote, ‘try to be more fun’. Well, might I say, that I am deeply offended by such a proposition.

Whoever said I’m not fun? I have a sense of humour, although I concede that sarcasm and cold, biting wit isn’t really my most attractive feature, albeit perhaps my most dominant. And I also like to play games!? But then again, children always like to win and I simply cannot allow that because victory must be solely mine. Well, I can keep up a conversation? But alas, here again I am reminded that my powers of speech are far too ‘adult’ to be considered child-friendly and captivating.

Perhaps you may argue that these reasons simply aren’t adequate enough to undermine the glowing feeling of holding your child in your arms for the first time or the pride in watching them grow up. Perhaps I may even change my mind about this whole article, proceed to do an about-face and end up having 97 kids with no ragrets*! But for now, I am firmly adamant in saying that nappies, sleepless nights and stilted conversations with kids is not exactly my preferred major.