women behind bars: racial bias in Australia and the US 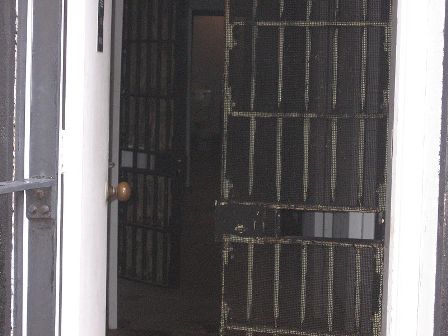 ‘[Prison] relieves us of the responsibility of seriously engaging with the problems of our society, especially those produced by racism and, increasingly, global capitalism.’ ­– Angela Davis

In Western Australia last year, 22-year-old Julieka Dhu, who was jailed for an unpaid $1000 parking fine, died. Dhu complained to police about severe pain, vomiting and partial paralysis and was taken to hospital twice. She was declared well enough to return to prison, but was not seen by a doctor.

Malcolm Dick Wilson was in the cell beside Dhu and told The Australian, ‘She was paining [groaning in pain]. She was singing out. She was crying. Police was just ignoring her. I couldn’t do anything to help her, I felt so bad.’

Western Australia’s Aboriginal Legal Aid Service’s Chief Executive Officer, Dennis Eggington, has said on her death and the overall issue of Aboriginal deaths in police custody: ‘You only have to look at the situation of Ms Dhu to see that locking people up for unpaid fines is an unmitigated disaster. A better approach would be to increase the options for community service orders so that there is a practical way to keep people out of prison. The last thing the Government should be doing is exacerbating the spiralling cycle of disadvantage by locking up more and more Aboriginal people.’

Julieka Dhu’s unwarranted death prompted protests across the country. As of February 2015, her family still don’t know how she died. The Western Australian Government has committed to a coronial inquest, yet Julieka’s family has been given no indication of when this will occur.

Australia, while nowhere near the extreme rate of incarceration in the US, still has a major racial bias towards Aboriginal and Torres Strait Islander people in the criminal justice system.

These numbers are growing and are increasingly affecting women. The incarceration rate for Indigenous women has increased by 74% since the year 2000 (and 39% for Indigenous men). Law Council of Australia President, Mr Duncan McConnel has said that, ‘This is a national crisis, requiring a national response and leadership from the Federal Government.’

Aboriginal and Torres Strait Islander peoples are not only being imprisoned at a higher rate than non-Indigenous Australians, but their lives are also at risk whilst in custody.  McConnel says, ‘Now, around 1 in 4 deaths in custody is Indigenous, up from 1 in 7 at the time of the 1991 Royal Commission into Aboriginal Deaths in Custody.’

The United States, like Australia, increasingly incarcerates women and men of colour more so than their white counterparts. But the US differs from Australia in sheer scale, with one in 100 American adults, or an overall rate of more than two million people, currently behind bars. The US now has the largest rate of incarceration in the world.

An emphasis of tough-on-crime values and what is seen as the solution – imprisonment – has led to a system that according to black feminist scholars Annette Ruth Appell and Adrienne D. Davis, ‘targets urban and rural, poor and working-class communities, and even middle-class communities of color have not been exempt.’

African American women and men account for more than 40 percent of incarcerated people in the US, but are just 12 percent of the general population. People of colour are incarcerated at a higher rate than their white counterparts, not because they commit more crime but because the patriarchal white supremacist system seeks to criminalise them.

The chances of being incarcerated are particularly high for young black men, with the statistics showing that almost one in three will be imprisoned in their lifetime. This number increases to over half if the individual has not completed high school. Young black men in the US are more likely to be imprisoned than to attend university.

As Marc Lamont Hill pointed out in his speech at Columbia University’s 2013 Beyond the Bars:

‘Eighty percent of New York State prisoners come from three counties and there’s a reason why. It ain’t because we’re more prone to criminality… It’s that we’ve made a decision to target certain populations. People don’t commit crimes, they commit acts. And certain acts get criminalised. And certain communities get criminalised.’

While mass incarceration is a dominant social issue involving men, it is also increasingly affecting women of colour. Black women are three times more likely to be incarcerated than white women, and Hispanic women are approximately 70 percent more likely in the US. And that is growing with the number of women behind bars increasing at about double the rate of men since 1985.

More than 200,000 women are currently in a US prison: 30 percent of these women are black and 17 percent are Hispanic.

Herron Keyon Gaston of the Huffington Post has attributed high rates of incarceration to ‘the lack of financial resources, the lack of access to quality education, the lack of sufficient health care, the lack of employment opportunities, the lack of familial support, and systemic oppression are all contributing factors in keeping women of colour in a perpetual state of deficiency.’

Australia not only needs to acknowledge and create systems to dismantle the institutional bias against Aboriginal and Torres Strait Islander people in the criminal justice system, but pledge to treat Indigenous people within the system better, providing adequate health care and support.

Katerina Bryant is a writer, editor and law student based in Adelaide. She has what Gillian Anderson calls “feminist bones.”