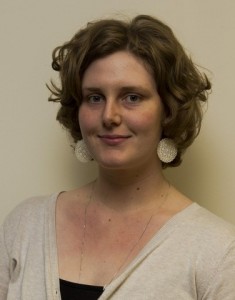 With a love for problem solving, maths and science running through her family, it’s no wonder that Sasha developed her professional interest in engineering. And with her added interest in big boats, what better job than a Naval Architect could there be?

Sasha began her career by a rather long move, from Perth to Tasmania to study a four year Bachelor of Engineering (Naval Architecture) at the Australian Maritime College. Being only 17 at the time of her move, she says she was lucky enough that her parents moved too. “It’s an interesting ‘thinking’ career,” she says. “I get to do a lot of different work, I like using my brain and being challenged.”

When it came to employment time for Sasha, a good ol’ online job search was the way to go. “My Dad actually found the Naval Architecture job/course by searching on the internet. Both my parents are civil engineers and as I loved ships my Dad started looking for the type of engineers that design ships!”

Sasha says there’s great satisfaction in being a part of building something so big. “You know that you helped create it; helped make it work.”

“I can’t think of any cons [to my job],” Sasha says. “There are parts of this job that are boring, but I know that’s the case for any job!”

As a Naval Architect, Sasha has been involved in many projects, but two that she notes as the biggest. The first was with the HMAS Success. “I did a lot of the stability work for the double-hulling of HMAS Success while I worked for BMT Design & Technology.”

The second was with the Mokare; a pilot boat for Albany Port Authority (WA) that Hart Marine has almost completed. “I’ve been working at Hart Marine for over a year and have been lucky enough to work on this project from the beginning tender response right up til now – it’s about to be launched!”

Currently 7.5 months pregnant, Sasha plans to be a stay at home mum until the time is right to go back into the workforce. “Hopefully I’ll re-enter the industry in a slightly different field… I don’t want to do the same sort of work for my entire career. I would love to do a large range of different work in my field.”

Sasha says she was lucky to have been raised by fantastic parents and in an amazingly supportive family.
“Mum wanted us to be truly independent and to never have to rely on men,” she says.  Sasha and her sisters were strongly encouraged by her family to complete tertiary education so that “we would have a degree that could get us work using our brains”, and of the four girls, three of them are engineers and the other sister is a primary school teacher.

“A lot of people are scared off by the maths and physics but if you can handle it in year 12, you can do it at uni too. Moving to Tassie was a big commitment but I never regretted it, and I now understand the very special experience I got by studying at a small university.”

Sasha’s advice to embarking on the journey to becoming an engineer is simply “don’t be scared, get out there and give it a go!”

7 thoughts on “women in careers: sasha the naval architect”