working in motherhood: damned if you don’t 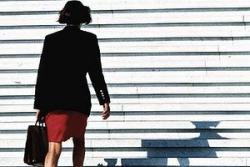 There have been countless studies on working mothers: the pros and cons, the implications, the inevitable stress, anxiety and guilt that come with the decision to return to work.

After years of exhaustive debate and the tired, boring insistence that women can ‘have it all’, Harvard University has conducted what may be the most comprehensive study on working mothers to date. With a sweep of its Ivy League status, the university has seemingly eradicated any burden or guilt that working mothers have carried for decades. Their findings suggest that daughters of mothers who have paid employment have better career prospects and more equal relationships.

Covering 24 countries and examining both working and stay at home mothers, their findings included the following:

The study has gained worldwide attention and praise. Media outlets have celebrated the results. However, while the researchers who conducted this study have claimed that their findings provide more options for women, one finding in particular carries disturbing implications.

Sons of stay-at-home mothers were less inclined to contribute to household tasks or care for family members. What does this all mean? If a woman chooses to stay at home is she inevitably creating a disadvantage for her children? It seems this data has replaced an old burden with an entirely new one.

‘I’m not surprised by the findings,’ said Jody Allen, Founder of Stay At Home Mums Australia, the biggest Australian website for stay-at-home mums. ‘I think it’s important that mums can demonstrate to their kids that they have something they’re passionate about doing, outside the home.’

Allen, a mother of two sons, first established SAHM as a Facebook page, enabling mothers to get advice and network with one another. In the four years since its launch it has rapidly evolved into a vital outlet for stay-at-home mums. The site hires 40 employees, all of which are mothers. It has everything from budget advice to an anonymous section where mothers can express their personal struggles.

‘We offer flexibility for our employees, which is exactly what mothers need more of, so they can work around their home life. Offer your employees’ flexibility and they will pay it back tenfold,’ Allen added.

Parents play a crucial role in shaping their children’s expectations of how the world operates and gender roles are no exception. What kids observe in the home can determine what they believe to be absolute fact. This was a fundamental part of the study. The problem with this study is that it once again places the responsibility solely at the feet of each individual mother. It suggests that her decision could be detrimental to her daughter’s potential or her son’s character.

Allen acknowledges there have been big changes within the last generation, but that the expectations carry a different kind of pressure. ‘A generation ago, women were expected to stay at home, now they’re expected to go back to work right away.’

Allen reflected on her own experiences in the workplace after her child’s birth. She believes there’s never been as much pressure on mothers as there is today. ‘I had waited all this time to have this beautiful baby and then I was expected to just immediately go back to work and I didn’t want that,’ Allen said.

Researchers conceded that while there is a general improvement of gender attitudes across the board, attitudes were clearly more progressive in places such as the UK, USA and Australia.

If we take a moment to look at our own backyard, it would be unfair to deny that a more active female presence in the workplace is the result of two factors: equality and necessity. Another recent study revealed that in terms of cost of living, Australia is ranked as the most expensive country in the world. Let’s not delude ourselves, there are bills to be paid.

‘A lot of mums complain that they’re stuck in the house or that there’s not enough money to get out,’ Allen explains.

Working mothers and stay at home mothers are treated like separate species, but they are hardly that different. Jody Allen is frustrated by the media’s constant fixation and says the choice should be encouraged.

After being made redundant from her own job and establishing her own career path, Allen appears to have stumbled upon the balance that is still lacking in Australia’s work culture.

‘I just wish the media would stop giving stay-at-home mums such a bad rap and making people feel like they have to pick a side.’