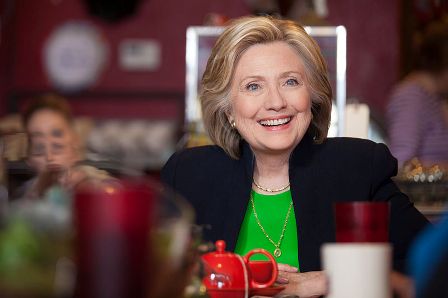 As the 2016 bid for the Democratic nomination moves forward, Bernie Sanders has proven to be a continuous complication in Hillary Clinton’s otherwise shoe-in nomination. Her victory over Bernie Sanders in this month’s Iowa caucus was slim, and her loss in New Hampshire was profound. The lack of support for Clinton’s campaign from younger generations of Democrats is equally telling – especially her lack of support from young women. This was especially apparent in the nation’s first two primaries, where voters under the age of 30 greatly preferred Sanders, leading Clinton by nearly 70 points. Clinton, on the other hand, saw her strongest support from voters over 45. Why isn’t this younger generation of women more excited about the possibility of a Clinton presidency? The lack of support for Clinton from this demographic has certainly hit a nerve with some women, most notably from those who are the same age as Clinton. Gloria Steinem, a revered feminist activist, suggested in an interview with Bill Maher that young women are merely supporting a Sanders ticket because they want to meet men. ‘When you’re young, you’re thinking: “Where are the boys?” The boys are with Bernie,’ Steinem noted. Just one day later, former Secretary of State Madeleine Albright repurposed one of her most famous catchphrases at a Clinton rally, urging young women to vote for Hillary Clinton in order to break the presidential glass ceiling. ‘There is a special place in hell for women who don’t help each other,’ she said near the end of an impassioned speech. These women’s sentiments haven’t been received well by their intended audience, and many young feminists who support Sanders are making their dissent known. In an interview with CNN, Ariana Javidi argued, ‘As a young woman who supports Bernie Sanders, I’m frustrated and outraged by being constantly attacked by older feminists for my refusal to vote according to my gender.’ ‘Like my fellow young feminist women, I recognise that voting for a woman because she’s a woman is sexist, just like voting for a man because he’s a man is also sexist,’ said Javidi. ‘When older feminists like Albright and Steinem engage in increasingly baseless and wild explanations about why young women don’t support Hillary, they display the limitations of their brand of feminism, while young women like me realise that one’s gender isn’t what makes them a feminist.’ This isn’t to say that young women aren’t elated at the possibility of a female president, but many are concerned that Clinton might not be the right candidate. In an interview with The New York Times, Dana Edell, the executive director of a gender justice advocacy group called SPARK said, ‘While the historic aspect of the first woman president is hugely powerful and important and would set a really powerful image for young boys and girls to look up to, she might not be the right first woman.’ For young women, feminists especially, this sentiment rings true, as Hillary Clinton is not without political baggage. While discussing the possibility of Clinton losing the Democratic nomination, Lara Brown, who directs the Political Management Program at George Washington University, argues that the familiarity people have with the Clinton name might be a detriment to her campaign. ‘There is also a Clinton component to this, whereby the Clintons have been seen as a couple with a great deal of baggage, and that was part of what sunk her campaign in 2008.’ But to an aging baby boomer generation, Hillary Clinton is seen in a different light, considered a pioneer who has made groundbreaking progress for women. And this generation is tired of waiting for a woman to take office. ‘I don’t think millennial women feel that same sense of urgency for a woman president because they are young, haven’t waited an eternity like my generation and their thinking is there is always the next big presidential election for years after this one is over to look toward,’ Janis Elspas, a 59 year old mother and blogger told CNN. ‘I also think Hillary’s own age may simply have less appeal and relevancy to those female voters who are much younger than she is.’ Others point to the impact a woman in office could have. In an interview with NPR, Clinton supporter Lisa McAllister highlights the ways in which Barack Obama was able to talk about racial issues, and believes that Clinton could do the same for gender issues. ‘It’s very important in the long run,’ the 53 year old said. ‘I think we’ve seen that with President Obama, that he’s brought racial issues to the forefront that we need to have at the forefront. It’s more than women’s turn to have a woman in the White House.’

One thought on “young women and Hillary Clinton: making sense of the generational divide”