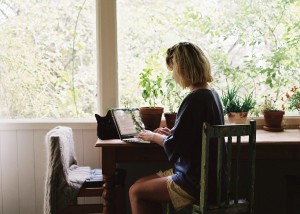 This is a tribute to my favourite pussy.

A pussy I treated far better than my own.

A pussy that taught my partner and I so much and, through his unexpected death this week, has weaved a delicate symmetry between his proud little life and my own mysterious pussy.

This pussy was a bit feral and a bit magical and a bit sweet and a bit tense, very similar to my own pussy. But unlike the denial, impatience and misunderstanding I aimed at myself, I treated “pood pood”, as we sometimes called him, with profound tenderness and care.

He was big, black and traumatised when we found him at an animal shelter two years ago. They’d named him Murray and, horrified, we swiftly knighted him Totoro, after an anime character in the 1988 studio Ghibli film My Neighbour Totoro. In Japanese legend Totoro is the angel of death and the film had such a significant impact that in 1994 the Japanese named a main-belt asteroid they discovered “10160 Totoro”.

The Totoro we knew (and know) was found roaming the Macedon Ranges. When we rescued him he was four, he had conjunctivitis and could barely be touched when we brought him – wailing – back to our house. He hid, he panicked, he threw his paws at my calves when my partner wasn’t watching and somehow opened and escaped through the backdoor three days into the three weeks we had planned to keep him inside. But, by some miracle, he quickly returned to us. And in that moment our home became his kingdom and we his loyal companions.

Not many of our friends met Totoro. Where we live is, and was, a very sacred space for the three of us. But Totoro was the most vocal cat we – and anyone who encountered him – had ever come across. He purred as madly as he would meow. Oh, how he would meow. One friend described it as singing. He was responsive to any sound directed at him, too: a click of the tongue, a calling of his name. He loved to feel his body move. If he could run to you, or through the door, he would. Although he had the appearance of a puma, he’d tear around the garden and roll in the dirt like a dog. Then he would groom, relentlessly, and without shame. Ah. What I can learn from this pussy. Self-care like I’ve never seen it before. Eyes ablaze and green. The vet suspected he had Egyptian bloodlines. Don’t we all.

He was a great supporter of my writing, too. When I started working on these columns for Lip, he started rolling out beside me on the desk and sitting there for long periods of time very contentedly. And relative stillness was not his natural inclination. It was second to quick, anxious, frantic, movement. But when he embraced stillness… when he stretched his big, muscly body out and decided to melt into our lives… our hearts bled honey.
I didn’t want this pussy to be a column. I wanted to stick to my own pussy. I had it all planned out. Both pussies were going to continue happily co-existing and growing old together. But, as of Saturday, only one pussy remains.

In the weeks before Totoro died – as I stopped the pill and started these columns – the three of us were in such a harmonious place. He slept through the night between our legs, he was cuddly, he was patient, he could be kissed on the head, he liked to be patted and caressed for minutes on end. We’d stop when our hands were numb only to receive an expectant, longing look.

Despite this, I never lifted Totoro in my arms and held him to my chest. My partner did, with extraordinary courage, but I was too scared of trapping him, of his distress, or of his attacking me. I didn’t have the confidence. But I carried him to his grave, deep in the belly of our garden, and felt the weight of his body mixed with my tears.

Grief is love. It’s like the remembrance of such a primal, earthly love. We were so blessed to know Totoro when he was in his physical form. Recalling how he felt to touch, how looked when eating, how he would stretch, how he would sound, how he greeted us, how he learned to dance with us and us with him each and every day has been uncurling in my heart like a lotus flower. If I could develop an ounce of this awareness and appreciation for my own pussy, my life would be changed forever.

We’re not sure how he died. He may have been hit bit a car. Given his alert nature and fear of the road, this is a shock. He had roamed the Victorian ranges, faced traumas we never knew of, and went on adventures to who knows where everyday. But Totoro came home to us to die. It felt like an honour to be able to hold his body, and to bury him.
After, we went to stay with my parents for a couple of nights. Friends, family and cats in the street have rushed to our side with such compassion. Everyone has a story. Everyone has experienced loss. Everyone knows, somewhere inside them, that love is all that matters.

Before leaving I placed crystals in each of Totoro’s favourite spots and while we were away I was drawn to a large, raw piece of Golden Apatite. I didn’t know its healing properties at the time and walking away from the shop with the specimen clutched to my chest like a teddy bear I laughed at the thought of it looking like Totoro’s eyes, being particularly heavy… and it’s name. Our pussy had an unmatched appetite. A Golden Apatite.
Reading about the crystal online I discovered that it’s a symbol for animal conservation, because it’s made of phosphate – the prime ingredient in vertebrae, teeth, bones, antlers, horns and tusks. Golden Apatite is also believed to increase psychic and telepathic communication with animals… Especially pets.
It seems something must end before something is born. After Winter there is Spring. Totoro is the angel of death, and my pussy is the giver of life. We now sit, side by side, eternally.

Long live pussies of every kind.