kill pill: part sixteen – let the right one in 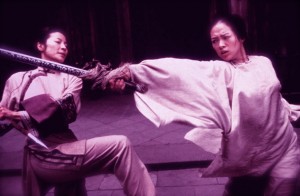 Pill must be getting killed because I feel way out of my depth. There’s something rejuvenating about finding yourself in unchartered territory, though. It means you’re alive and you don’t know everything. It’s a relief.

I had a dream about two little boys that my boyfriend and I had to care for. They weren’t our children, but we had to care for them. They were blond and they had to go to hospital because they had fevers. The eldest one had a swollen left eye, which was protruding from his face. It bulged and had turned a solid, light blue colour. He couldn’t see out of it. We got to the hospital and I can’t remember what happened. I have a feeling the eye healed, but I’m not sure.

The image of that boy with the eye has been haunting me. Then there was the dream I had about a stunning rehabilitation centre my boyfriend and I were staying at. We were walking on a wooden footbridge over water, which like a scene from Crouching Tiger, Hidden Dragon. I looked down and decided to jump into the aqua-blue depths. ‘Don’t, Maddie!’ cried my boyfriend, ‘the monster’s down there!’ I knew that, but I jumped anyway and felt myself plunge deep into the water, aware of the monster’s presence to my right hand side. The sense of danger was palpable. I can feel it in my body as I write this. It won’t attack me, I kept saying to myself. It won’t attack me.  And I don’t think it did.

Right side, left side, boy, monster, boyfriend, water, blue, aqua, rehab, hospital. Even for someone who loves interpreting dreams, I’m finding these challenging. Balancing the masculine and feminine? Vision? Physical recovery? Cleansing? Emotions and receptivity are represented by water, so, a lot of those? Children are innocence and growth, so, a bit of that?

I’ve been thinking a lot about receptivity and what it means to truly let things and people in. What it’s like to be nourished by life and allow it inside. I’m pretty sure that I have refused to receive for a lot of my life. Knowing on an intellectual level that ‘I have a lot’ is different from allowing space for it to effect me. There’s a fear that if I receive something or someone completely – ever facet of them and what they mean to me – I may lose them. Well, losing them is inevitable, one way or another. So if I never really hold them inside me, well, there’s nothing lost and nothing gained. But the ‘nothing gained’ part is troubling. Seeing and experiencing the depths and realities of life is significant. What else are we here for? Surely it’s better to receive, and to let go, than not to receive at all.

There’s something about what receptivity does to self-worth, too. When I receive my heart’s desires, I feel nurtured and energised. I’m able to give from an authentic place because there is no sense of being drained or depleted. No sense of duty. It’s like breathing. After receiving, I can give because I have received. If I don’t do this, I’m probably going to drown and/or the underwater monster is gonna get me. Or maybe the desires are the monster. Either way, I must jump into what I want and trust that I won’t be torn apart by things I don’t know, understand or see clearly – yet. The jumping is all.

But the ego self doesn’t like that. Rational-practical-Knight-of-Pentacles-self is suspect; it wants to know exactly what’s going to happen today, next week, in the coming months and years. And it wants to know now. Right now. Best to do nothing if you’re uncertain, it says. Best to wait, it says. Best to suffocate your visions because the unknown is too much… Screw it, babe, you just ain’t sure.

But does anyone “know”? Growth moves in cycles, it isn’t linear. Backwards, forwards, sideways. Nothing in this world is linear except things that are man-made. Earth, moon, sun, star, eye, atom. Even trees and sticks have circular trunks. The idea that we move in a straight line to get anywhere feels absurd. That’s not my experience. But my mind desperately wants it to be. A, B then C, it says. Do this, then this, this, this and this will happen. Really? How do you know, mind?

“Well, I don’t, so I guess I’m useless, right? But I may as well frighten you while I’m at it. Let’s use fear to distract you from what matters. Ready, set, freak out for no reason. Now we’re talking. I mean, come on. You’re a 21st Century woman. You don’t feel good enough, so you won’t speak up. You’d rather post a picture of yourself looking ecstatic than share your true feelings. You give too much and hate yourself for it, but don’t know how to stop. You have no idea who you are and instead trust what others say you are. And they’re right, you know. What they say about you is true.

You’re terrified of your own longing. You’re more scared of grief than you are of death. Yeah, keep going like this and you’ll believe in being medicated from the womb to the grave and, hopefully, share none of your doubts about it. Not even to the ones you love, because it’s too much for them anyway. So shut-up and tie-up that corset because women do it themselves these days.”

I woke up in the night and was unable to get back to sleep. Usually I know what’s stressing me out, but this time I didn’t. What? I kept asking myself. What? I read and I did a card reading, which was nice, but nice isn’t what I needed. I needed to answer a question I didn’t know I had to ask.

What do I actually want?