2015 budget: near miss for women divorcing from abusive partners 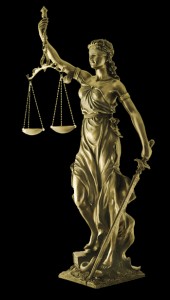 A proposed increase in the fees for a divorce application has become the first measure of the 2015 Federal budget to be knocked back by the Senate. The change to Federal Court fees would have affected the ability of poorer women and women in abusive relationships to obtain a divorce. The Law Council of Australia said it would have ‘undermine[d] the rule of law and the proper administration of justice’.

On Thursday last week, Labor, the Greens and other crossbenchers voted to pass a disallowance motion, with 37 to 28 votes. Greens Senator Penny Wright told Fairfax Media ‘cost is already the most common barrier to people seeking legal help, and I am glad the Senate has rejected the government’s cruel attack on the most vulnerable’.

The changes would have seen the cost of a divorce application rise by $350 to just under $1200, while the cost of issuing a subpoena would almost double to $120.  While an amendment to an application is currently free, under the new measures it would have jumped to $120. The fee changes were expected to raise $87.4 million, of which just $24 million will be invested back into the justice system.

These increases would have had particularly dire effects for women in abusive and violent relationships. ‘A woman’s ability to instigate divorce proceedings is a fundamental part of escaping from that abusive situation because it is a way of asserting independence,’ Senator Wright told ABC Radio.

These fees have been rising since 2010. ‘The costs that people are being required to pay doesn’t actually reflect the amount of administration involved compared to other matters,’ Senator Wright said. ‘Even the current divorce fees are disproportionate to the time the divorce hearing takes. It’s a simple matter – ten or fifteen minutes.’ If there are no children involved or if both parties file a joint application, there is no need to appear at the court hearing.

The defeat of these increases is an important rejection of a cynical and unjust move by the Abbott government. However, even without these proposed increases, the existing fees are prohibitively expensive for many low to middle income families.

The nature of the divorce applications in Australia means that there are no alternative routes to divorce other than through the Federal Court. With 2013 statistics showing that approximately two in five marriages end in divorce, divorce applications are not a niche expense – it is a reality for many individuals. Neither the justice system nor marriage breakdowns should be seen as simply another revenue source for the government.

One thought on “2015 budget: near miss for women divorcing from abusive partners”