australia ranked 10th best place to be a mother 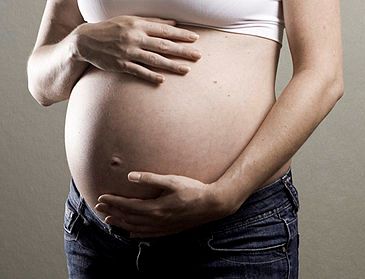 A recent study by global charity organisation Save the Children has produced a ranked list of the best and worst countries in the world to be a mother. The results in the State of the World’s Mothers report show that the best country to be a mother is Finland, followed by Sweden, Norway and Denmark. The top 25 countries can be viewed here.

Australia managed to rank tenth in the world. I know that Australians are obsessed with glory on the world stage and tend to be slightly disappointed when it doesn’t work out to be that way (the London Olympics, anyone?), but this is an impressive ranking. And this is something that has an immediate and pressing impact on the way our society functions and thrives.

The factors taken into consideration to deliver these rankings were wellbeing indicators. These include maternal health, infant (under the age of five) mortality, levels of women’s education and income.

The Nordic nations are heavily represented in the top ten countries, which just goes to show how these countries are thriving in the current age. Previous studies have revealed that these countries are also home to the least polluted cities, best living conditions and the best places to raise children.

At the other end of the scale, the ten bottom-ranked countries are all located in sub-Saharan Africa. The Democratic Republic of the Congo is the world’s toughest place to be a mother. The statistics are simply terrible. On average, 1 in 30 women die from pregnancy-related causes, and 1 in 7 children don’t make it to age five.

That this is still a reality in 2013 is unacceptable. These kinds of statistics tend to be hidden from the public unless they are actively sought. But the fact that these rankings have now been broadcast and publicised goes to show yet another step the top-ranked countries can make in helping out the needy and vulnerable on the other side of the world. Supporting organisations like WomenAid International, Plan and Mother Health International are simple yet effective ways to do this. Every woman deserves the right to a safe and healthy pregnancy and birth; and every child deserves to live for as long as they possibly can.

Each year, nearly three million babies die within their first month of life. The majority of these deaths can be easily prevented. The fact is that the medical systems so readily available and easily accessible in countries like Finland, Sweden and even Australia are so sophisticated that we have, sadly, begun to take them for granted. If the countries at the bottom of this list had access to our medical facilities and care, maybe their women and children would stand more of a chance. They just need the access.

A surprising ranking on the list is the United Kingdom. They are in position number 23, behind 21 other European countries. Their local presses have declared that they have been shamed on the world stage when it comes to women’s health and wellbeing. The reasons for their ranking have been attributed to three key factors: poverty and inequality; increasing health risks (such as obesity and cardiac arrest) and the age of women having babies, either teenage pregnancies or older women going through IVF. The Save the Children organisation is now calling upon the government in the United Kingdom to strengthen access to healthcare, and for more midwives from the Royal College of Midwives.

Similarly surprising is the United States sitting in rank number 30. There are similar contributing factors at play here, with income inequality and a rapidly ailing healthcare system.

These statistics send a powerful message of just how important these factors really are. If they are to be neglected in any way, human lives will be the cost. Australia appears to be doing well – let’s hope that it continues long into the future.