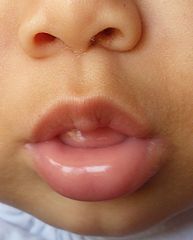 A study has suggested that in the last 18 months, around 120 Australian couples headed a specific clinic in Thailand to avoid a law that prevents parents to select the gender of their child. Australian medical guidelines currently prohibit parents from picking their child’s sex unless there is a risk of the child suffering a serious genetic condition.

Teen guilty of rape and murder sentenced to three years

An Indian court sentenced a teenager to three years in a detention centre over the fatal gang-rape of a student, prompting the victim’s angry family to declare women are ‘not safe in India.’

Visual artist Sophia Wallace has created a project aimed at educating the public on the clitoris. ‘Cliteracy’ was featured on the Huffington Post, and is aimed at revealing the wonders of the female body.

A number of female MPs have voiced their concern over a bill that has been introduced into the NSW parliament that recognises a 20-week-old foetus as a living person. The Women’s Legal Service, in a letter to MPs, said the bill would ‘result in unwanted and invasive scrutiny of individual women who have experienced miscarriage, stillbirth or foetal harm as a result of a criminal act.’