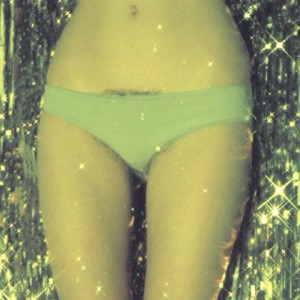 Petra Collins, the artist who designed the now infamous American Apparel ‘period power’ t shirt that we were all talking about a few weeks ago, has had her Instagram account deleted because body regulation. In classic social media anti-woman-censorship, Collins’ page was taken down, not due to explicit images of nudity, violence, pornography or unlawful material, but because, according to Collins ‘what I did have was an image of MY body that didn’t meet society’s standard of “femininity.”’ The image in question featured Collins from the waist down with an unshaven bikini line. The Horror.

New leader of the opposition, Bill Shorten, released his new ministry today, announcing an ‘energetic and diverse’ team, the majority of whom are Generation X, almost half are women and many have children under six years of age. Deputy leader, Tanya Plibersek picked up the shadow ministry of foreign affairs and international development, and leader of the senate, Penny Wong has gained the trade and investment portfolio. Kate Ellis is staying on as the shadow minister for early childhood, also picking up the education ministry. Anthony Albanese also retains his position as minister for infrastructure and transport, while also taking on tourism.

Woman scientist called a ‘whore’ because she wouldn’t work for free.

African-American woman scientist DN Lee, a science blogger for the Scientific American Network, was called a ‘whore’ when she refused to guest blog for Biology-Online for free.  When Lee declined the editor’s invitation angrily replied: ‘because we don’t pay for blog entries? Are you an urban scientist or an urban whore?’ Lee later stated in a blog that ‘For far too long the presumption has been that if you are a woman, a person of colour, or of low socio-economic status, that they think they can get you, your energy and talent for free.’ After this post, the Scientific American punished Lee by taking down her blog. Worst.

Did you know that in China there are actually theme parks where kids can go and pretend to do their dream jobs? Kind of like Disney World meets a careers expo. And guess what? The whole thing is totally gendered and stereotypical, with girls wanting to be airhostesses and boys wanting to be security guards and special agents. Perhaps it’s all just harmless fun, but in a major nation where women are now outnumbering men in universities, what kind of message is this sending to both genders about post-graduation career opportunities and gender roles? Well, the picture is actually quite dire, with some universities actively excluding women from certain areas, for example mining and engineering. And guess where the big dollars and career opportunities are, folks?

Ok, I recognise that the pornification of women celebrities internalising the male gaze further perpetuates all the bad patriarchal things, sending terrible messages to women and girls everywhere, not to mention furthering the unrealistic expectation that women must regain their ‘pre-baby bodies’ like pretty much as soon as they give birth. But I’m not comfortable with this question, or the overall tone of the article. What do you think?

What has been on your news radar today? Anything interesting we’ve missed? Share it with us in the comments!