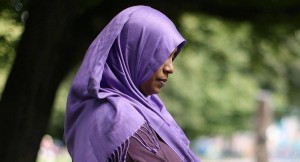 Two Muslim women in Dublin have alleged that they were told by a warden to stop praying in their local park. The warden apparently told the women to stop because ‘they could break their backs and sue the park’.  The two women are seeking legal advice.

A 23-year-old photographer was gang-raped by five men in the Indian financial hub of Mumbai, police said Friday. The woman and a male colleague were approached by the group when covering a story. The unidentified female victim is in a stable condition in hospital.

One million Syrian children have fled as refugees

Approximately 740,000 Syrian refugees are under 11 years old. UNHCR and UNICEF estimate that more than 2 million children have been internally displaced within Syria. It is believed that some 7000 children have been killed during the recent turmoil.

An Israeli couple have challenged a court ruling telling them their only option for fertility treatment is to travel overseas. Surrogacy is legal for heterosexual couples in Israel, but illegal for homosexuals. The women are seeking to implant one woman’s egg in the other’s womb. They are awaiting the result of their appeal.

Private Manning, recently convicted of handing the enemy secret documents, has issued a statement saying she is a woman and wishes to be called Chelsea. She has asked to be referred to as female and that female-gendered pronouns are used in reference to her. Wikipedia has already updated its page to reflect the announcement.