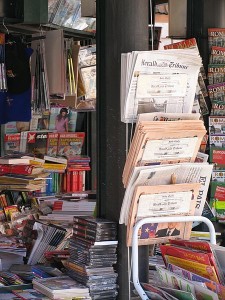 Feminist organisation FemTechNet has designed a project that addresses the gender-imbalance on Wikipedia. 87% of the site’s editors are men, and various pages have been affected as a result of the imbalance.

Eleven US women and a man who were nude when filmed by police are launching a group action against the law enforcers accused of watching them. Police deny the accusations.

Man arrested after re-assaulting victim when released from prison

A man who was sent to prison for raping a 13 year-old girl has been accused of sexually assaulting her again after his release. He then allegedly led police on a high-speed chase that ended when he crashed his car and attempted to flee, before being run down by a police dog.