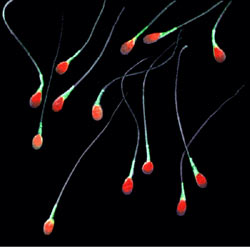 Scientists in Japan have used skin cells from mice to develop sperm and eggs, successfully creating live births via IVF.

Canadian women have marched topless to raise awareness for gender equality. While it is legal for women to be topless in some areas of Canada, it is not in the majority. The march coincided with Women’s Equality Day

Tony Abbott’s Coalition is promising they’ll give heterosexual marriages a helping hand to the tune of a $200 voucher each. ‘Couples can use this voucher before or after their wedding to choose the service that best suits their needs, be it one which assists in developing communication skills, conflict resolution, financial management, parenting skills, or for counselling services if problems arise in a marriage.’ In the same document, the Coalition reinforced its objection to same-sex marriage.