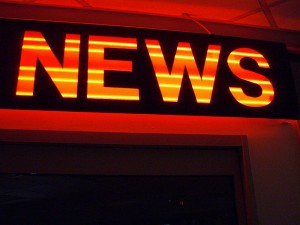 The Albany Chamber of Commerce and Industry has defended their decision to hand out emblazoned aprons at their women’s summit this week, hitting back at comments that claims the gift is a “symbol of submission”.

A female author, Madame de Lafayette, has been included in the list of compulsory study books for France’s baccalauréat for the first time since the modern-day exam was introduced more than 20 years ago.

Over the past decade, ultra-Orthodox influence has excluded Israeli women from speaking at funerals and public prayers, and taken them off the radio. During the morning prayer service at the Western Wall in Jerusalem, women took up signs and raised their voices against the extremist perspective.

A new study by the Women’s Media Center has revealed more than half of news stories focusing on reproductive issues are written by men.

Men have been penning fifty-two percent of the bylines concerning women’s reproductive health, this study says, with only thirty-seven percent being given to women. Moreover, the study found that quotes by men overwhelmingly outnumbered quotes given by women.