in brief: abbott administration set to lift ban on offensive and racist language 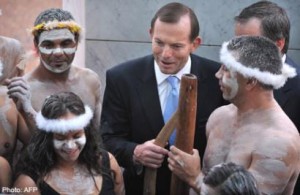 Attorney-General George Brandis announced last week that his first act of legislation would be to lift a ban on racial vilification that was put into place almost two decades ago.

In 1995, laws were put into place to give people who were effected by racial slurs and harmful language to seek action, which could lead to an apology or compensation. This legislation is important because it ‘sends a message to the general public that racial vilification is unlawful,’ states a Law expert from Melbourne University, Anna Chapman.

The Attorney-General’s act of lifting these laws seems to be a move to compensate for a high-profile case against right-wing columnist, Mr. Andrew Bolt (who is, of course, an advocate of new PM Tony Abbott).

Repealing this legislation means that offensive and racist language may become unchecked and unreserved even though, as Chapman states ‘there is quite a lot of evidence that racial vilification is an issue in Australia … Indigenous people have been victims and then more recently international students.’ Think back to the attacks against Indian international students in Melbourne just a few years back.

If there is no law at all against offensive language then we may see a hike in numbers of verbal racist attacks. Just last year, the Human Rights Commission stated that the number of complaints about discrimination increased from 477 to 500 – up from the year before. Just think what could happen next year after this ban has been lifted.