in brief: adrian bayley sentenced to life in prison for the rape and murder of jill meagher 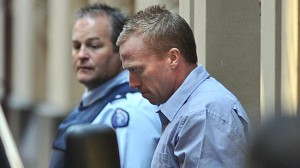 Image via the Herald Sun

Adrian Bayley, the man who raped and murdered Melbourne woman Jill Meagher  has today been sentenced to serve at least 35 years in jail.

Justice Geoffrey Nettle sentenced the 41-year-old to life for the murder, and 15 years for what he described as ‘a savage violent rape of the worst kind’. Bayley would be eligible for parole at the age of 76.

Jill Meagher, aged 29, was attacked by Bayley on her way home from a night out in September last year. Bayley was on parole following a stint in jail for the rape of a number of sex workers. His violent history spanned more than 20 years, yet he was able so successfully appeal an assault charge after he broke a man’s jaw in 2011.

Judge Nettle told Bayley: ‘As your criminal record reveals, you are a recidivist violent sexual offender who has had little compunction about sexual offending when the mood takes you, or about threatening and inflicting violence as part of the process.

‘You strangled Gillian Meagher with intent to kill her either because she would otherwise have called the police or because of some form of perverted pleasure which derived from taking her life,’ he added.

‘In terms of moral culpability your killing of the deceased ranks among the worst kinds conceivable and that you must be sentenced accordingly.’

Ms Meagher’s father addressed reporters outside the court after the sentencing. He thanked police and prosecutors, saying justice had been done.

The case has triggered a harsh condemnation of the justice system and a reworking for parole laws in Victoria.

To find out how Bayley – a  man with a serious history of violent sexual assault – was allowed to remain out of jail and therefore able to attack Jill Meagher, head to Danielle Scoins’ exploration of the case.