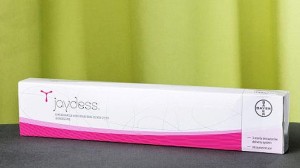 In order to address high rates of abortion in Australia, the government has approved a new long-lasting intra-uterine contraceptive.

Recent studies have found that approximately 70 000 women undergo abortions in Australia each year, 60 per cent of whom were using a form of contraception at the time. Data from South Australia and Western Australia indicate that abortion rates are highest among women aged 20-24, with 33-35 per cent of unintended pregnancies in this age bracket being terminated.

Experts at Sexual Health and Family Planning Australia believe that, in comparison to the United States and the United Kingdom, Australian women have less choice and poorer access to affordable, effective and reliable contraception. According to SHFP medical director, Mary Stewart, many effective overseas contraceptive products are unavailable to the Australian market. For example, the emergency morning after pill available in Australia is reportedly less reliable than those available in the US.

In order to address these issues, the Australian government has approved the ‘Jaydess’ hormonal intra-uterine device (IUD), manufactured by Bayer. This new IUD is smaller and more flexible than those currently available, and releases a smaller dose of the levonorgestrel hormone. The Jaydess is not only 99 per cent effective in preventing pregnancy, but it also lasts for three years, and is entirely reversible.

According to SHFP, less than 10 per cent of Australian women use IUDs as a form of contraception despite the fact that they are more reliable than other popular contraceptives, the pill and condoms.

The new ‘Jaydess’ IUD will soon be submitted for government subsidy and may be available on the Pharmaceutical Benefits Scheme (PBS) by 2015.

One thought on “in brief: government approves new long-acting contraceptive”