in brief: legislation in Afghanistan to decriminalise domestic violence 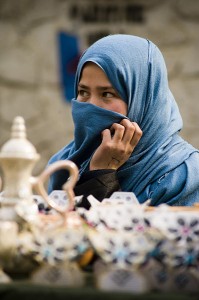 A new legislation has been passed by the Afghanistan parliament, which ‘will allow men to attack their wives, children and sisters without the fear of punishment.’ The law makes it impossible for anyone to testify against relatives and for evidence to be brought against those who are related to domestic violence victims. Lastly, those who carry out honour killings will also be made impossible to prosecute.

Parliament has passed the law, but Afghanistan president Hamid Karzai has yet to sign off. The world awaits the final decision but for a country where ‘women are not encouraged to go to school and suicide rates for women are among the highest in the world,’ the future of women’s rights does not look hopeful.

Director of the charity for Women for Afghan Women, Manizha Naderi, said ‘It is a travesty this is happening. It will make it impossible to prosecute cases of violence against women.’ Cases such as Sahar Gul’s, which made headlines last year, will no longer be illegal.

Sahar Gul’s story ‘shocked people around the world and led to outrage in Afghanistan.’ At the ripe age of 12 she was married off to a husband who ‘brutally assaulted’ her. Her father-in-law and sister-in-law were arrested and trialed for ‘attempted murder’ and then released last year. Her husband was not found and thus remains unpunished. She feared for her life when her in-laws were released, stating ‘They told me they would kill me if they ever got out.’

Even though in August 2009, Afghanistan brought in the Elimination of Violence Against Women law which ‘criminalised child marriage, selling and buying women to settle disputes, assault and other acts of violence and abuse against women’ prosecutions of ‘such cases have increased by only two per cent.’ Life for a woman was only marginally improved by the law – mainly because domestic abuse remained largely ungoverned and forced marriages, even for young women, is the norm.

Now if this new law passes, life for an Afghani woman will get even worse because they will no longer be protected at all by any law.