in brief: pakistani woman runs for election in tribal area 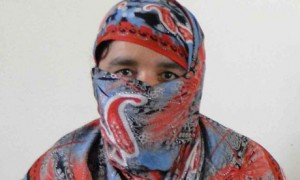 For the first time ever, a woman will be contesting a parliamentary seat in Pakistan’s Federally Administrated Tribal Areas (FATA).

40-year-old Badam Zari will be running in the elections scheduled for May 11. She appeared on television on Sunday to launch her political career, wearing a full veil revealing only her eyes.

In an area where women are unlikely to even vote, this is an incredible historical moment. In the past, women have been discouraged from voting by militants who strongly oppose women’s rights. Zari said that she has not yet received any discouragement or threats from locals regarding her decision to run (source). However, she is placing herself in significant danger from militant groups who have ‘attacked and murdered activists promoting women’s rights’ at other times, according to The Guardian.

Were Zari to be elected, it is difficult to see what impact she could have in Parliament, considering the restrictions on women in the FATA are so severe that even leaving their homes is a considerable risk.

Although it is unlikely Zari will be elected, her decision to run has tremendous symbolic power, and is being seen as a strong move for women’s rights in a region that is incredibly conservative when it comes to gender equality. As

The Guardian reported, ‘Despite the risks, Zari said she hoped to hold public rallies and would put her trust in God for her own security. “I am taking part in elections because our area is very backward and living condition of women is poor over here,” she said. “There will be a lot of people opposing me, but we will try our best.”’.