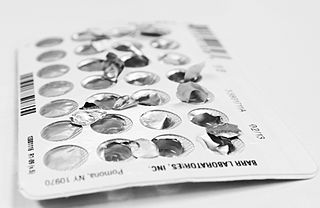 Last Friday, the Pharmaceutical Benefits Advisory Committee advised that Mifepristone (better known as RU486 or the ‘abortion pill’), and Misoprostol, taken in conjunction with RU486, be covered by a scheme which provides a government subsidy.

RU486 is a drug allowing the medical termination of pregnancies up to 49 days.  It was first developed by a French pharmaceutical in the 1980s, but it was not until the 1990s that researchers, prompted by a World Health Organization project, began trialling it for use in Australia.  In a related survey, it was reported that the female subjects were satisfied with the method and stated that they felt it gave them more control over their bodies.

As soon as news of the abortifacient RU486 broke, however, the drug became the subject of a heated debate.  In 1996, former senator Brian Harradine pushed forth an amendment to the Therapeutic Goods Act 1989 (Cwlth) giving then-Minister for Health and Ageing, Tony Abbott, the power to reject any application made to import and market RU486 and similar drugs.  However, in 2006, a cross-party vote repealed ministerial responsibility for the approval of RU486.  Since then, 187 doctors have been given permission to prescribe RU486.

With the government subsidy, the two drugs would likely cost $5.90 for concessional patients, and $36.10 for general patients, saving women hundreds of dollars, and providing greater access.  However, the move to subsidise RU486 has been met with some controversy.  The Australian Christian Lobby is concerned that women facing unplanned pregnancies might, instead of receiving proper support, just take the ‘easy way out.’  Another Christian group, FamilyVoice Australia, is also worried that a cheap and easily available abortion drug might allow boyfriends, husbands, or families to coerce young women into aborting a very much wanted child.

In contrast, Federal Health Minister Tanya Plibersek has described this recommendation as an ‘important first step,’ noting that overseas studies have shown that increased availability of RU486 has not seen an increase in terminations, despite their lower cost and relative simplicity compared to surgical interventions.  Furthermore, both drugs have been on the World Health Organisation list of essential medicines for years, and are currently used by tens of millions of women around the world.