in brief: senators weigh in on sarah hanson-young’s win against zoo magazine 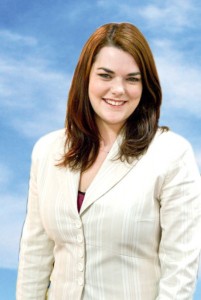 In case you missed it: the New South Wales Supreme Court has found doctored images of Greens Senator Sarah Hanson-Young’s likeness published by lads’ mag, Zoo Weekly to be defamatory.

In July 2012, Zoo published images of the Greens’ immigration spokesperson’s face photoshopped onto a bikini-clad body, stating the publisher would ‘house the next boatload of asylum seekers in the Zoo office’ if she acquiesced to a ‘tasteful’ swimsuit or lingerie shoot.

The court ordered Zoo’s publisher, Bauer Media to publish an apology on its website, stating the content was of ‘poor taste’ and that Hanson-Young ‘has made a significant contribution to asylum seeker policy in this country’, The Guardian reports.

Bauer originally fought the litigation, saying its audience would know the piece was meant in jest.

Hanson-Young has said she pursued the action to show all Australian women, but namely her daughter, that they do not have to tolerate sexism, particularly where it entails being the butt of a joke.

‘Women are too often victims of sexism and too often they stay silent on the issue,’ Hanson-Young said.

‘I believe that it is important that women see their political leaders stand up and call out sexism when they see it.’

The decision has prompted Labor Senator, Penny Wong to tell Fairfax the media must learn a lesson from this case.

‘I look forward to a day when some of the media realise it’s not appropriate to portray women this way,’ Senator Wong said.

Independent Senator Jacquie Lambie disputed Bauer’s claims the piece would be decoded as intended, telling Fairfax the magazine’s readers were the joke.

‘We’re talking about Zoo magazine, I’d be very surprised if the boys even read the caption,’ she said.

There are no reports of Senator Hanson-Young being awarded damages by the court, however, the victory is nonetheless significant.

‘My daughter needs to know I did.’