in brief: US senate to vote on equal pay legislation 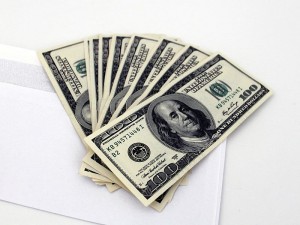 The Senate Majority Leader, Harry Reid, announced on Thursday that the Senate will attempt to vote on equal pay legislation, the Paycheck Fairness Act, as soon as next week. This vote will hopefully take place on Equal Pay Day, which is ‘the day up to which a woman must work in the current year to earn what men made during the previous year,’ which this year falls on Tuesday, April 8th.

The Paycheck Fairness Act would ‘require the Department of Labor to work with employers to eliminate pay disparities between men and women, as well as create grant programs that provide negotiating skills training to women.’ It’s truly a pity that such an Act is only just being put into vote, but this needs to be done. In America, ‘women are the sole or primary breadwinners in 40 percent of families with children under the age of 18. But, on average, women still earn only 77 cents for every dollar earned by men, and women of color make even less.’

Senator Barbara Mikulski introduced the Paycheck Fairness Act in the Senate, in order to close loopholes in the Equal Pay Act of 1963, which didn’t put restrictions on employers to ‘demonstrate that any pay differences between men and women doing the same work are based on legitimate business reasons, not based on sex.’ The Act would also stop pay secrecy ‘by prohibiting retaliation against employees who share salary information.’

It’s a great thing that these issues are being heard in the U.S. However, here in Oz, the gender pay gap is just as big of an issue. Late last year, the Workplace Gender Equality Agency stated that ‘the gender pay gap across all sectors of the Australian economy stands at 17.5 per cent’ which is ‘2.6 percentage higher that it was in 1995.’

It would be really great if we had a government right now that respected women and would make some changes to these worsening figures. We can only hope that things get sorted out soon, before things get worse and this pay gap gets ignored even more.