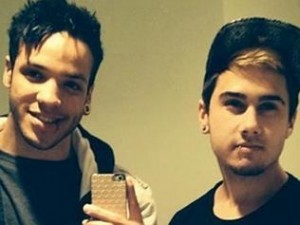 It’s the kind of thing nightmares are made of: a group of young men who go around raping women just for fun. They call themselves the ‘Roast Busters.’ They seek out girls as young as 13, fill them with alcohol and take advantage of them. Then, they post their exploits on Facebook for all to see.

But this isn’t a nightmare. This is real, and it’s been happening for over two years. The New Zealand men, aged 17 – 18, have recently begun recruiting others to join their club. In a video posted online, they aim to find other young men to rape alongside them.

‘We take what we do seriously,’ says one of them. ‘This is hard, it’s a job. We don’t do this shit for pleasure.’

Footage of the men was recently aired on New Zealand’s TV3 news. They were shown joking about their rapes, showing no remorse, but a sense of bravado.

The New Zealand police have known about this for over two years, yet they remain unable to act. The victims of the ‘rape club’ are too traumatized to speak out, and at least one has attempted suicide.

The club’s Facbook page has only recently been shut down. Despite the horrific effects it had on victims, the New Zealand police considered it wise to leave it up for ‘tactical reasons.’ Jonathan Krebs, the Law Society’s criminal law convener, said the worst thing police could do was to put forward a prosecution that was ‘a bit loose.’

‘Just because someone boasted on a website doesn’t mean it’s true, and we don’t want to start convicting on bragging.’

One of men recently posted an apology online. He wanted people to know that he was a ‘good person,’ and had taken this as a ‘learning experience.’

‘All the girls who have been affected by this ridiculousness, I apologise and I wish the best for you.’

The club member believes that he deserves any consequences that come from his actions, which may be sooner than expected. Two of the four men have now come forward, and police are re-interviewing them.