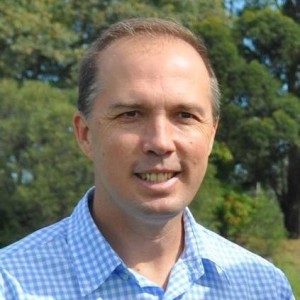 When politicians make fools of themselves on social media, it’s fair to say that it’s an almost pleasurable experience to survey the ensuing wrath from the comfort of our smartphones. It’s almost enough to make you feel sorry for our Aussie pollies.

We are able to look back in a kind of awe at the warranted fury that has befallen members of government online. We can easily recall when, while on ABC radio, former Prime Minister Tony Abbott received a call from a 67-year-old grandmother who told him she has to work on phone sex hotlines just to be able to pay the bills. Abbott’s reaction to this was to grin and then wink at the radio presenter. It was not just that it showed a flash of insensitivity to those made worse off by the Federal Budget, it also continued a trend of the then-Minister for Women who expressed disturbing attitudes towards women: among the examples on a lengthy list, Abbott noted the ‘sex appeal’ of one of his party’s female candidates, and introduced himself to Big Brother contestants as ‘the guy with the not bad looking daughters’.

However, it is with a more solemn and pitiless approach that we’re able to appraise the anger that has been unleashed upon Immigration Minster Peter Dutton, after his cookie-cutter tweet expressing his support for White Ribbon Day to counteract violence towards women and children. Dutton tweeted: ‘On this ?#WhiteRibbonDay & every day, I say violence against women and children is just plain wrong.’

In making this public denouncement, it appears as though Dutton failed to recall his overseeing of the rape, abuse and sexual assault that has recently occurred in Nauru Detention Centre. Unfortunately, he happens to be the bloke who effectively sentenced a bunch of women and children to mandatory detention centres where sexual assault and violence against women run rife.

The State inquiries into Nauru submissions have revealed the extent of the horrors faced by asylum seekers: sexual assault, self-harm, squalid living conditions. It’s unspeakably awful. As per reports on ABC, the submissions are coming from professionals and organisations that have visited Nauru, and tell of the daily hell faced by the people detained there.

One submission, from Professor David Isaacs, details seeing a patient who had allegedly been raped while going to the toilet at night. ‘When interviewing the [patient] referred to me, she confided to me that she had been raped,’ he wrote. ‘She told me that since the rape, one guard had offered her extra shower time in return for sexual favours.’ He writes that another guard offered marijuana for sexual favours. When Wilson Security, the company providing integrated security services at Nauru, was asked to give evidence about this incident, they were unable to explain themselves.

Another submission, from the Immigration Advice and Rights Centre (IARC), tells the story of a woman whose son had been sexually assaulted three times, and how he is now speaking about attempting suicide. A third, from the Asylum Seeker Resource Centre (ASRC), details the squalid living conditions. ‘At night, condensation causes the mould to drip onto the faces of people as they sleep on stretchers,’ it read. ‘This is causing fungal eye and skin infections.’

The inquiry into Nauru was launched following the Moss Report, which detailed sexual and physical assaults on asylum seekers. Former Nauru magistrate Peter Law (who was fired by Nauru president Baron Waqa in 2014, an act which is believed to be politically motivated), also made a submission, which indicates Nauru is not a fit choice to settle asylum seekers. ‘The failure… to bring changes suggests political interference and highlights an unwillingness to bring to public attention, the circumstances of refugees in Nauru generally,’ Law states. ‘Such action may reflect adversely on Nauru as a place to process and settle asylum seekers.’

With all of this in mind, seeing the man who has been instrumental in the construction and enforcement of Nauru Detention Centre, it is understandable that so many people have balked at his attempt to support the White Ribbon cause. One would assume that allowing such disgraceful situations to be forced upon women and children who have been exercising their basic human rights to seek asylum makes you someone who seems to be fairly comfortable with the idea of violence being used against women and children. Even in the very best case scenario, Peter Dutton has illustrated that he is in fact part of the problem, making his comments not only morally void but also overwhelmingly hypocritical. Not that any of us are particularly surprised.