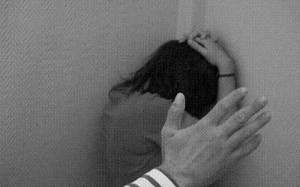 Destroy The Joint’s (DTJ) Counting Dead Women campaign was launched on 20 May 2014 to honour women who have lost their lives as a result of violence. Inspired by a model developed by a UK Counting Dead Women Register, the count includes all violent acts, such as murders traditionally attributed as Domestic Violence (‘DV’, also called Family Violence), deaths of women killed in the course of other crimes like robberies and male to female / female to female violent acts resulting in death.

When I first came across the campaign, I was upset that a feminist organisation like DTJ was counting dead women as if they were jellybeans in a jar. I failed to see how identifying and sharing the deaths of women could possibly honour them, and felt it was insensitive to reduce each life to a number. I was also sceptical of the type and source of the numbers, as sadly data around violence against women (in particular DV) is often misinterpreted and manipulated by media and government to push an agenda.

However, 12 months have passed and the Counting Dead Women campaign continues to appear in my Facebook newsfeed. According to DTJ, 2014 saw 84 women die due to violence, equating to an average of one woman dying a week. In 2015, the death count is already up to an astounding 37, with the most recent death at the time of publication recorded on May 15.

Frighteningly, number 37 was one of three deaths for the month of May and have all occurred during the last week. If the numbers continue to increase at this rate, the end of 2015 could see almost two deaths on average a week; and that is a statistic I can no longer ignore. So I spoke to DTJ, to learn more about the campaign and try to understand how publicising a death toll was going to prevent the violence against women from occurring in the future.

‘We [now] maintain registers which honour all known women that are dead due to violence against women in Australia, since January 2012,’ a DTJ representative said. ‘By researching and registering the names of women victims of violence against women, we aim to make the deaths “count” and to bring about social and legal reform to eliminate violence against women.’ The data is collected and collated by DTJ volunteers who also do other work on the Facebook page as Administrators and Moderators in addition to employment, academic and family responsibilities.

Information about each death comes from varied sources and relies on publication of events, charges and evidence that may change over time if new evidence comes to light. Once information about a death has been received, it is then listed on the Facebook page, and includes the victim’s name, date of death, location, any media / news articles, age, details of how they died and who was responsible for their death (if known). Allegations and other material which may prejudice legal proceedings are not published.

‘Although our campaign grabs attention with a death toll, it is unlike other similar campaigns because we seek to respectfully share whatever information we can about the victims so that they are not just a number, they are each a unique person who others can empathise with.’

The issue of violence against women highlights the need for a broader discussion of social and cultural attitudes. Violence, or more specifically gendered violence is a national issue that saw the Australian Government establish the National Council to Reduce Violence against Women and their Children in 2008. The council aimed to provide expert advice on measures to reduce the incidence and impact of sexual assault and domestic and family violence, and its first task was to develop a national plan of action. The plan of action defines violence against women as:

‘Any act of gender-based violence that results in, or is likely to result in, physical, sexual or psychological harm or suffering to women, including threats of such acts, coercion or arbitrary deprivation of liberty, whether occurring in public or private life.’

According to the plan of action, if Australia doesn’t address violence against women and their children, an estimated 750,000 Australian women will experience and report violence in the period of 2021-22, costing the Australian economy an estimated $15.6 billion.

‘It’s a major health issue [and] it’s a productivity issue,’ the DTJ rep said. ‘There is a financial cost to every one of us in the Australian community but more importantly it is an issue of social value – of “who counts” – and when half a community is devalued, the whole community suffers in many ways.’

‘In addition to the health costs, violence against women works against increasing national productivity, affecting women’s ability to participate in the workforce and affecting their performance when they do.’

In a discussion of violence against women there is always consequently a discussion about men; about their roles as both victims of violence and perpetrators of violence. Yes, not all men are violent and harm women, and yes, men are victims of all types of violence too, including Domestic and Intimate Partner violence. But as social norms and gendered stereotypes continue to support notions of male aggression and female vulnerability, violent acts against women by men are higher and is to some degree, “accepted” in society.

As a VicHealth report* says, ‘the unequal distribution of power and resources between women and men and adherence to rigid or narrow gender roles and stereotypes reflects gendered patterns in the prevalence and perpetration of violence’. I may be naïve and believe that regardless of gender, an individual’s basic human right to feel safe should never be compromised and that men need support and access to services as victims of violence too.

Founder and Administrator of the UK campaign, Karen Ingala Smith has also summed it up:

‘I have no desire to deny any man’s reality… the differences between men and women’s use of violence and experiences of victimisation do not need to be denied or minimised for all victims to be deserving of safety and support. It is quite possible to believe that no woman, child, or man deserves to be a victim of sexual or domestic violence (or indeed of any other type of violence) whist maintaining a feminist agenda to end women’s oppression.’

Violence against women benefits no one, and one of the strengths of DTJ’s Counting Dead Women campaign is that it includes deaths of women who have been killed by women, and restrict it to acts of violence. DTJ also acknowledge that their register is fluid, as when new details come to light they adjust the data accordingly.

There is no disputing the numbers here; these women’s deaths have been reported and recorded on the public record. Thirty-seven women have died this year; that is 37 mothers, daughters, sisters, wives whose lives have come to an atrocious end.

Every voice, regardless of gender needs to be heard. It just so happens that the voices that will never be heard are those of the dead women. Because we all know that dead women can’t talk, but hopefully these statistics will finally speak for them.