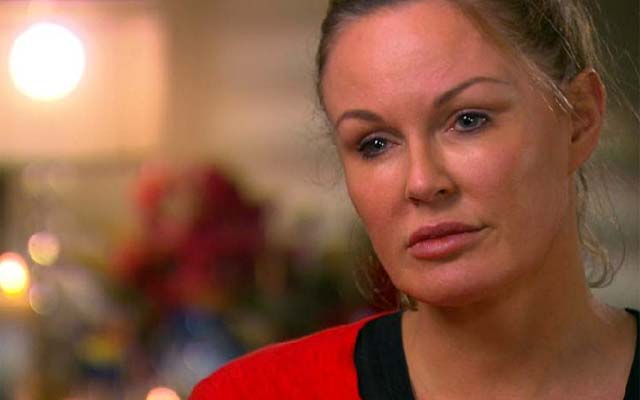 I don’t think I could handle being a teenager today. And something I never thought I would say when I was a teenager – I would hate to be a celebrity. My reasons for both come down to social media. Don’t get me wrong, I love social media and it’s a large part of my job, but I’m not sure if I could survive the intensity.

I graduated high school in 2002, so Facebook was never part of my high school life, and barely part of my university experience. But in speaking to people I know still in high school, it seems to be a massive part of it now.  And while I can see how it can bring people closer, and perhaps even help those who are naturally introverted, there’s also a lot to worry about: devastatingly awful words are typed in the heat of the moment and are then posted for 300+ people to see; photos portraying someone in an unflattering instance are published for anyone to download; careless words create fights played out in a public arena; gossip spreads and reputations are changed within clicks.  And it’s not just Facebook – it’s Twitter, it’s message boards, it’s whatever chat client teenagers are using today and I’m too old to know.

I thought bullying was bad when I was in high school. But to me, with the popularity of social media, it seems bullying has gotten worse. Maybe it’s because society is making more of an effort to address it and we’re hearing about it more. Or maybe it’s because people who normally wouldn’t be confrontational enough to say awful things in real life, feel like it’s okay to do so from the safety of their keyboards and computer screens. It can be a pack mentality as well: if one person is harassing someone, others tend to follow suit in the guise of ‘support’ or likes. Cyberbullying is a very real threat, and the devastating consequences are evident from the fact that a website called ‘List of Cyberbullying Related Suicides’ even exists. Perhaps part of the problem with “cyberbullying” is the name can make it seem that it’s different to face-to-face bullying or abuse. While typing something is easier for the perpetrator, seeing the words instead of hearing them doesn’t make it any easier for the person it’s being directed towards.

Luckily, attention has been bought to this cause, and there are many celebrities who are speaking out against it, including Charlotte Dawson. If you’ve managed to miss the news recently, Dawson was hospitalised last Thursday after a suicide attempt that was brought on from threatening and callous remarks made to her on Twitter, with the hashtag #diecharlotte. This vitriol was directed to Dawson because of the work she does against cyber bullies, often referred to as ‘trolls’.

Dawson re-tweeted a comment with the poster’s true identity, and I find this justifiable. While I understand it opens up questions in regard to privacy laws, perhaps these are conversations that need to be had. Is it okay for someone to publish abusive content anonymously? I don’t think it is. I think these comments and threats need to be taken as seriously as they would if they were said in person. And furthermore, I don’t believe that people would be saying some of these things online if they couldn’t hide behind a screen-name.  And this is what Dawson was trying to accomplish: to warn bullies that they aren’t as anonymous as they would like to believe they are, and that anyone – including their family and their employers – can see their remarks. And while freedom of speech is often touted, as Mia Freedman mentioned on Monday’s ‘Cans of Worms’, our legal system needs to catch-up.

Dawson has spoken quite honestly about her experience, and I admire her strength and courage at this time. While she’s gotten a lot of support, she’s also received negative feedback. Her memoir is being released shortly, so of course, ‘she-only-did-it-for-the-publicity’ has been thrown around. I find this ridiculous. Regardless of what some sound-bites will have you disagree, not all publicity is good publicity. On a more intimate level, I find it really difficult to believe that someone would put their loved ones through that pain all for higher sales.

I’ve been uncomfortable with the fact some news articles keep bringing up the saying “don’t feed the trolls”. It reminds me of that ole schoolyard adage “just ignore the bullies and they’ll stop teasing you.” Ignoring it doesn’t solve the problem. Sure, the bully might stop harassing you. But they’ll just keep going to another person until they get the bite.  And they will get the bite, because some people can’t just shrug it off or ignore it.  I’m also pretty sure my great-grandfather told my grandmother to ignore the bullies in the playground, but that didn’t help me when I was bullied 65 years later. Ignoring bullies only sometimes works on a specific case-by-case basis, it doesn’t do anything to solve the problem in its entirety.

So what is the way around it? When it comes to social media, it’s clear that we need stricter regulations and new laws, in order to curb abuse. Should there be cases in which the armour of anonymity is lifted?  According to Roy Morgan’s survey on Mondays ‘Can of Worms’, 77% of people agree that online haters should be named and shamed. What do you think?