data suggests being fit is healthier than being slim 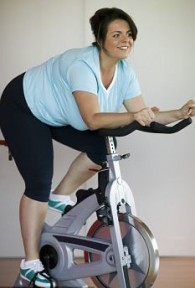 I’ve spoken before about how correlation does not equal causation. There are often links between obesity and diseases and illnesses, that’s true. I don’t deny that at all. But for some health problems, I don’t believe that obesity can cause the illness or disease, particularly when it is one that average to slim people also get in droves, whether by their genes or “bad” habits.

In study after study, overweight and moderately obese patients with certain chronic diseases often live longer and fare better than normal-weight patients with the same ailments. The accumulation of evidence is inspiring some experts to re-examine long-held assumptions about the association between body fat and disease.

The above quote is from a New York times article from a study done in the United States, by a diabetes researcher at the Feinberg School of Medicine at Northwestern University.

A point put forward by the article is one I agree with:

Perhaps, some experts say, we are not asking the right question in the first place. Maybe we are so used to framing health issues in terms of obesity that we are overlooking other potential causes of disease.

When I’ve heard of people being denied care or having their concerns dismissed or boiled down to their weight without examining possible underlying causes, I get angry, particularly if that disease could turn out to be something treatable or preventable.

The article states that these studies rarely take into account how much fitness can be a factor and how it can often be unmeasured.

Original research on the link between obesity and health was devised in the 1940s and the model to do so has not changed a great deal since then, according to the article.

Research from the University of Sydney that does take into account the physical fitness of a person shows that while weight loss may not result, fat around the liver (which causes a lot of metabolic damage) can be reduced with cardiovascular exercise.

So, instead of judging what a person looks like, people might want to think twice. You can be fat and physical. If you want to be. You still deserve medical care and treatment, even if you aren’t or don’t want to be. Everyone does.

However, we all know that achieving fitness goals or even taking that first step into wanting to exercise is a long process, full of unlearning and dealing with the idiots who feel it is their business to comment on your body and the exercise you’re enjoying. Those of us who have the opportunity to do so and want to do so even in the face of all this legitimate crap we have to deal with, I salute you.