dove wants to know: ‘when did you stop thinking you’re beautiful?’ 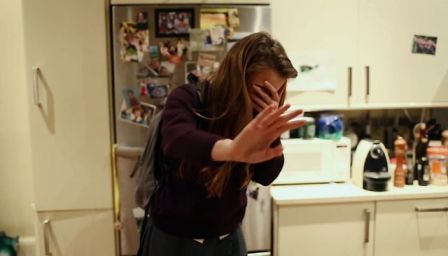 First came the now iconic ‘Dove Evolution’ clip, followed by the ‘Real Beauty Sketches’ earlier this year, two parts of cosmetics brand Dove’s “social mission” to ‘creat[e] a world where beauty is a source of confidence, not anxiety.’ Aww, ain’t that nice of them? Now, their follow up to these previously viral videos is the new ‘Dove Camera Shy’ clip, which asks the pertinent question: ‘When did you stop thinking you’re beautiful?’

The advertisement (because, let’s be honest, that’s what it is) shows a series of clips of women of all ages and ethnicities being camera shy. You know when someone is pointing a camera/smartphone in your face and you duck for cover under the nearest object and/or violently smash the camera with said object? (I once actually damaged a camera that way…Whoops!) Yeah. That. Dove has decided that we engage in this behaviour because all women post-princess/fairy/ballerina stage don’t think they’re beautiful. But it’s OK, ladies! Dove is here to tell you that you ARE! #MyBeautifulSelf

‘We created Camera Shy to ask women why they hide from the camera as an adult but loved the camera as a little girl. What happened along the way? We’re inviting women to reflect on the point in their lives when they became their own worst beauty critics and encouraging them to be their own beautiful self.’

In grade four, the class bully, queen-bee and alpha-female – let’s call her Hannah (because that’s her name) – said that no boys would want to be my boyfriend because I was ugly. There you go, Dove, maybe that’s my sob story that you want to hear. But I was a freakishly resilient kid and wasn’t affected by this in any way. But this latest move by the Dove Real Beauty campaign does tap in to some of the major aspects of gender socialisation that arguably have a negative impact on women and girls from an early age. The mainstream beauty and body standards disseminated by the media through tabloids and celebrity culture can have an effect on women’s self esteem and body image and cause a slew of problems such as anorexia, bulimia and depression.

The campaign also appeals to an older audience, touching on body image issues for older women. I found this poignant and foreboding for a cosmetics advertisement, not only showing us that we will AGE (cue existential crisis), but that our body issues will never really go away. Remember thinking that you couldn’t wait to become an adult so you wouldn’t get pimples anymore? Yeah. This also reflected our culture’s visual and aesthetic obsession with youth, showing how these older women have been socialised to remain camera shy because their aged bodies are not “good enough” for visual representation and consumption any more.

Although the clip can be praised for it’s quaint and positive message, I do have a few issues with the concept as a whole. Firstly, did we stop thinking we’re beautiful? OK, sure, sometimes I don’t look all that great and would prefer you didn’t take a picture of me, but does that necessarily mean I’m clearly emotionally scared and hate my body because of all the airbrushed photos of Angelina Jolie I’ve been exposed to through a pop-cultural-drip for around 15 years? I’m not sure. There are no doubt countless women who don’t think they’re beautiful, and you know what? That’s OK! Because being beautiful isn’t the be all and end all of our lives. Being a good, kind, intelligent, ambitious, interested, humble and decent human being is probably going to do our world a whole lot more good than being beautiful.

Slight awkwardness (read: corporate agenda and relationship to notoriously chauvinist deodorant brand Lynx) aside, I give Dove points for trying on this one. Highlighting the feel-good message that everyone should just ‘be your beautiful self’ (and buy our products) really sits well with the current individualist, empowerment and choice narratives of this late-modern/post-modern/third-wave/post-feminist era. It’s a powerful image at the end that we should all strive to embrace our inner-gratuitous-hula-hooping-five-year-old-girl; a message that we could do well to take on board, regardless of whether we stopped thinking we’re beautiful, or have always said so ourselves.

6 thoughts on “dove wants to know: ‘when did you stop thinking you’re beautiful?’”