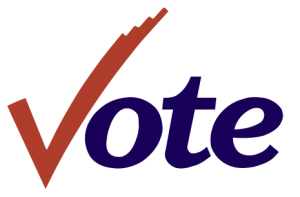 “This will be the third election I’ve voted in. The first time I was thrilled to play a small role in kicking out John Howard by getting behind Kevin ’07. This time around Rudd is nothing more than the slightly less shitty of two god-awful choices. The thought of Tony Abbott and the Coalition in power is too terrible to contemplate. Putting aside his atrociously regressive social attitudes on women, gay rights and abortion, Abbott’s ideas on industrial relations, taxation and  government investment are all almost exactly opposite to mine. Having recently moved into the seat of Melbourne, the potential to return Adam Bandt to parliament seemed instantly appealing and when Rudd decided to abandon Australia’s humanitarian and moral obligations by explicitly and unashamedly using cruelty to deter asylum seekers my choice was made for certain. With the two parties scrapping over diminishing points of dissimilarity, the Greens are the only ones providing a genuine, thoughtful and compassionate alternative.” – Toby, 23

“I’ve written my views on the upcoming election before, but there have been a few rather significant developments since I penned that feature. Unfortunately, I am still undecided about where my vote will land in September. Recent happenings in politics have recently left me feeling rather dry and disappointed – although it’s not just recently that these feelings about politics have developed. It’s unfortunate that the major representatives of those in power happen to be white, upper-middle class, middle-aged men who seem out of touch with many issues which silently (or not so silently) plague this country, such as the treatment of Indigenous Australians, violence, asylum seekers and education at all levels. Every time I think I’ve made up my mind about which party I would prefer to have power, something happens to make me change my mind. The issues with which I am particularly engaged and concerned with, however, will end up swaying me.” – Alexandra

“Voting Labor to stop Tony Abbott getting in has become a rallying battle-cry and an appealing catch-phrase for many (‘Friends don’t let friends vote for Tony Abbott’ on Facebook, anyone?). I can see why it holds a strong sway over people. Especially for young people who grew up under Howard, Abbott will always have a whiff of extremism and erratic behaviour (not to mention budgies) about him. I understand why the idea of this guy getting into power worries people. However I’m wavering at the assumption Rudd is a better alternative.  Keeping the Liberals out at all costs might end up costing us a lot. Labor’s lurch to right, in regards to refugee policy and business is not only saddening but also scary and the blatant pandering to undecided voters is sickening. Rudd has shown himself to be vindictive and inflexible and I no longer trust Labor to make important decisions free from spin, egotism and self-interest.

So I’m voting Green, simply because the two main options are so pathetic and corrupted.” – Sigrun, 23

“Well it’s simple enough to know that neither of the major parties appeal to me. Tony is a misogynistic homophobic CREEP. And Kevin, oh Kevin, PNG? Really??
“I’m not voting for the leaders, this isn’t America, I’m voting for the party”, claims my dad, a Tony Liberal supporter.
Yesterday I enrolled to vote for the first time. I had been humming and hawwing (?) over it for the past year or so. I previously felt proud to mention to friends that I wasn’t enrolled and would proclaim “If voting changed anything, it would be illegal.”
But now my thoughts have changed. Dad is right, this isn’t America, so why are we all so obsessed with Kevin versus Tony? Have we forgotten the other parties? The independents?
I enrolled mostly due to a sudden fear and a point that a friend of mine said that resonated with me.
We need to get away from this two-party idea and even out the playing field. I will not be voting for either party simply for that reason. Will I vote green? Perhaps, but not before having a bit of a gander at the other parties’ policies. The Australian sex party for instance, founded in 2009 in response to concerns over the influence of religion in politics. That is an important issue for me. How about the Coke in the Bubblers Party? I don’t drink coke but if they could adjust some of their public drinking policies and make it Vodka in the bubblers, they definitely get my vote. Then there is the newly formed Pirate Party Australia,  a political party in Australia that represents civil liberty issues. The party is based on the Pirate Party of Sweden and is focused on copyright reform, internet freedom, and ending censorship. The proposed Australian Internet Filter and data retention proposals are key issues for the party. Who knows, if we don’t vote for them, we may have big brother breathing down our necks next time we want to publish an opinion on our preferences for political parties on the internet. The point is to expand beyond this two party joke of a system currently in place. When you hit the polls in September, why not list your preferences for The Australian Motoring Enthusiasts Party. I dare you. – Lara, 27