feminism and testicles: love in the time of cholera 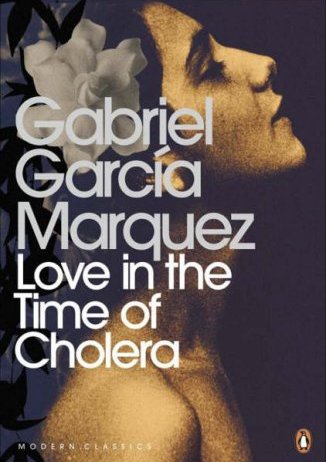 Christopher Bantick’s opinion piece ‘Sex with a child is not the stuff of the school curriculum’ has caused quite a bit of controversy. The article was penned last week and suggests that Gabriel Marquez’s novel Love in the Time of Cholera is ‘offensive because it says repeatedly that screwing … a child for art’s sake’ is excusable.

Bantick attacks the VCAA (Victorian Curriculum and Assessment Authority) for showing ‘an appalling lack of judgement in allowing this book to be on the VCE Literature course for 2013.’ What is most interesting is that this ‘senior’ VCE Literature teacher believes that Love in the Time of Cholera—written by a Nobel Prize-winning author—will send a ‘damaging message’ to girls:

‘This is that it is okay to lose your virginity at 14 to an older and experienced man who will make you feel [like] a woman. Oh, your grades will suffer along the way and you’ll probably kill yourself when he dumps you.’

My VCE Literature class of 2010 studied the Greek tragedy Antigone. You will all be happy to know that after reading the text we didn’t go around bonking our siblings, gauging out our own eyes or killing ourselves. (A close friend committed suicide earlier this year, but Bantick would be wise to note that it wasn’t from reading a book.)

Bantick’s column is not only insensitive to students and women; it’s also hurtful to his own image. I fail to see how an intelligent “senior” VCE teacher can (even for a moment) believe students are going to absorb a text and re-enact the narrative like mindless automatons.

The last time I checked students, (and young girls) were not mindless puppets. One would think that a teacher at Melbourne’s Trinity Grammar School would know better.

A lot of people feel the same way. On Twitter, Bantick’s column received a barrage of criticism. In the Saturday Age Josh Parker, a VCE Literature teacher at Bendigo Senior Secondary College, countered Bantick’s arguments with a column of his own. Parker writes that Bantick’s ‘moral outrage’ is flawed and part of a ‘concerning misunderstanding of the inherent value in examining not only human triumph but those more confronting facets of the human experience.’

Feminist and Voiceworks editorial committee member, Nikita Vanderbyl says that ‘Bantick fails to realise that students are not growing up in a cultural vacuum and may have encountered these themes in other art forms.’ Indeed, why pick out Love in the Time of Cholera in particular? What about other texts on the VCE Literature text list? How about films like American Beauty that are examined in VCE Media, not to mention television shows students would view at home, like Game of Thrones?

Gabriel Marquez’s novel does not condone sex with children. Ironically, Bantick writes that ‘teachers are supposed to be leaders in the community’. And yet (as his opinion piece suggests) he fails to understand the very premise of the subject he is teaching. I would argue that there can be no final word on what literature is and is not—but certainly a large part of literature is about engaging with difficult questions. The best books often present themes that lead us to deconstruct our own morals and those of others. If Christopher Bantick wants teachers to only teach literature that is edifying then there wouldn’t be many books to teach.

Teenage girls do not need protection from a book. In fact, a classroom would probably be a good place to openly discuss the themes presented in Love in the Time of Cholera. But I guess Bantick thinks teenage girls are too dumb and fragile to have meaningful conversations about childhood sex. To borrow a joke from comedian Courteney Hocking: ‘Me no understand. Me baking.’

What do you think? Should Love in the Time of Cholera be taught in VCE?

4 thoughts on “feminism and testicles: love in the time of cholera”