feminist of the week: arisa koyama 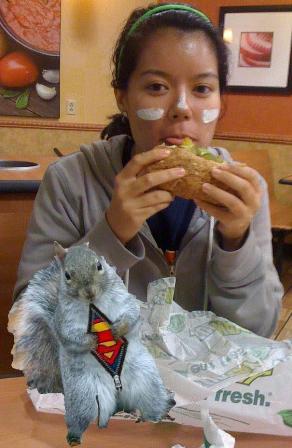 “I believe talking about race is crucial for feminism.”

Describe yourself in one word:
Understanding

What is your feminist philosophy?
Treat everyone and everything with respect. For me, feminism isn’t about everyone having an equal outcome (who gets to choose which outcome is best? People have different values and therefore don’t want the same outcome) but instead, equality of opportunity. I think feminism is more about letting people make their own decisions without society stigmatising them. For example, if a parent wants to work, that’s cool. Alternatively, if he or she wants to be a stay at home parent, that’s cool, too. Just let people live their lives and stop oppressing others.

Who inspires you?
My mother. She’s one of the most hardworking people I know, and her love is endless. She’s incredibly open-minded, and I credit her constant support and understanding for my high self-worth.

What books/novels have you read that have influenced the way you think today?
To be honest, I haven’t read many of the key feminist texts. Feminism is for Everyone, a feminist organisation at UVA, recently started a book club, which has given me an opportunity to read some interesting books.

What problems do you see in those who participate in feminism regarding race? Given the numerous intersections between race and gender and class, I believe talking about race is crucial for feminism. That said, the stereotypical feminist group tends be primarily made up of white, upper-middle class women who may lack valuable personal experience when talking about racial issues. Being in a comfortable, open, judgement- free environment is really important when discussing feminism, and it’s easy for a non-white feminist to feel uncomfortable or as if they don’t belong when the rest of the group is all white. The non-white feminists may also have certain concerns that the white women do not, and these concerns may therefore rarely be voiced.

What are some changes you are hoping to implement yourself?
One of the main things I want to do is reduce the stigma of identifying as a feminist, especially among men. Most of my friends are feminists, but may not publicly identify as one. I don’t want to push a label onto others, but I think if more people were open about their feminist status, people wouldn’t resort to dated stereotypes when I tell them I’m a feminist.