feminist of the week: shey noon 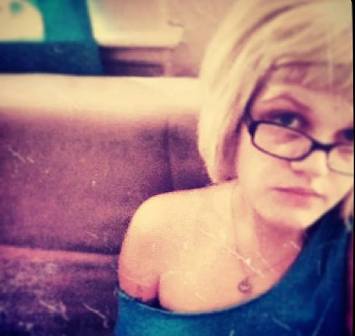 “Feminism is my religion”

Describe yourself in one word: Feminist

What is your feminist philosophy?
Feminism for me stands as the notion of equality and respect for all human beings.

When did you have your feminist awakening?
My first feminist awakening was in my first women’s studies class. It was a feminist theory class that I signed up for in curiosity of what Feminism means; since it was a word I had barely ever heard. Unless connected to bra burnings.

What is Riot Grrl feminism and Permanent Wave feminism and what do these movements mean to you?
Riot grrrl is an early ’90s feminist punk movement that is still active today. The idea started for girls to have a safe space to create art and write music. The girls who started felt the absence of female voices in this particular scene and also once started, noticed the violent reactions from boys – primarily white boys since it was a white boy dominated scene. The riot grrrl scene was initially perceived as a white grrrl scene but today has expanded to include everyone who wants to be a part of the movement.

Permanent Wave Feminism is the idea that feminist waves are to be permanent waves of progress. Permanent Wave is a feminist organisation that does workshops, events, networking, art, activism, and organising wherever they are located. Groups are still popping up around the U.S. So far they are located in DC, Bay Area–Cali, New York, Boston and Philadelphia. These movements are important to me because as a girl still suffering sexist effects systematically exposed, this is something for me to hold onto when I feel washed out from society.

Common responses are ‘eew, so, you hate men’; ‘every feminist I ever met was a pyscho’; ‘what does that mean exactly?’ It always varies.

The negative reactions I encounter disappoint me of course, but also encourage me to stand up for not just myself, but what feminism means to me and so many others. I will always fight to clear its name. The stereotypes are what they know. And most of the stereotypes they use against feminists are also plainly used against females in general either way.

Feminism is my religion; it’s what inspires me to try to remain strong for myself and my fellow females who need a hand to hold; even just temporarily. Living a primarily feminist lifestyle has helped me to feel mentally healthy in knowing that I, as a person, deserve respect despite the shame I have been drowning in since I could breathe.

I’m not saying it’s perfect or pure. There are many shades of confusion, and other entities bleeding through always with each diverse experience of existence. However feminism has helped healed some of my infected wounds in this distorted culture/reality. It has helped my constantly faltering self-esteem, self-worth and awoken my confidence; it has taught me to explore what is me and what is not. It has taught me to TRUST MYSELF, before anyone else.

What’s your advice to other feminists?
My advice for other feminists is to have a healthy relationship with you. As a feminist, people expect you to be fierce and on task but realistically focusing all your attention on feminist issues can’t help you if you don’t appreciate and accept yourself for what you are. It’s important to listen to yourself and how you feel in an honest way. It’s important to be honest with yourself and listen; if something makes you uncomfortable say so. Also it is imperative that you not only speak up but also in return listen intently; you cannot communicate effectively if you cannot listen.