frankly, my dear: why terms of endearment are not ok 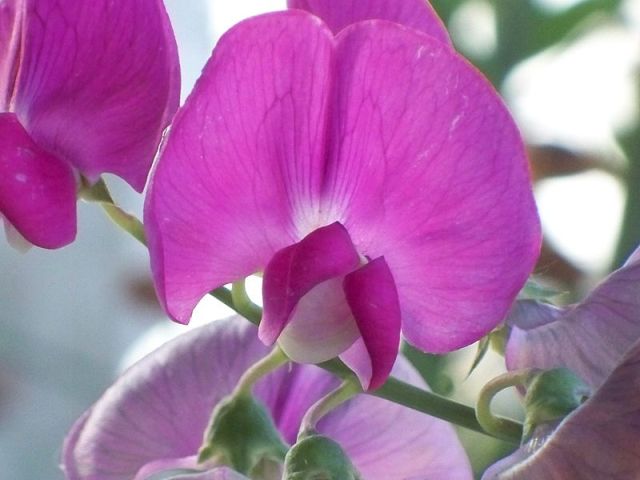 Why does referring to someone as ‘love’, ‘sweetheart’ or ‘darling’ cause offence? There is no set of conditions that outlines when terms of endearment are appropriate. We have all used them, or been called them, at some point in our lives. In a recent article by the all-around awesome Annabel Crabb, she ponders this issue following the backlash to Queensland MP Warren Entsch referring to her as ‘love’, ‘darling’, and ‘girl’ on her television show, Kitchen Cabinet. She points out that whether or not it is OK to call a woman by these terms is entirely reliant on the given context. While I believe this to be true, it also, understandably, causes confusion.

In contemporary life, terms of endearment appear to be double-edged swords. To call somebody ‘sweetheart’ is to spin a social roulette wheel that can land on a well-received compliment, an insult or somewhere in between.Who is conversing, their cultural background and the nature of the conversation all influence the way we speak.

I was inspired to write this piece by the comments section of Crabb’s piece, where many frustrated internet-dwellers treat the rejection of these terms as a symptom of today’s political ills. The youth of today, mostly female, are so apathetic, narcissistic and outrageously PC that we can’t even take a compliment anymore. While a small sample of commenters can hardly measure a wider social mood, it appeared that most were endearment-givers who associate its use with nostalgia for a generation that I am not a part of. Herein lies the problem.

I have a less-rosy view of terms of endearment, perhaps because of the countless times words like ‘love’ and ‘sweetheart’ have been used to cap-off some extremely patronising phrases, (‘can you even count, love?’). As I am in my early twenties, female, and earning a crust working in the customer service industry, I am frequently referred to by these saccharine nicknames. Frankly, my dear, I do give a damn. It annoys me because of the dissonance it creates. It separates who I feel I am as a person, which is an adult doing my job, from how these phrases imply that I appear to other people, i.e. as a “pet”.

In my experience, whether or not a term of endearment is appropriate is not an unnavigable minefield of PC culture where well-meaning gentlemen are alienated by the “feminazi” mindset of women today. Actually, it’s quite simple.

It’s only an endearment if you are dear to me.

When people use terms of endearment in everyday life, and they’re not related to me, it makes me feel uncomfortable. At the same time, I understand that most people who use it are well-intentioned, and this is OK. There’s no need to hit the panic button just yet. However, between strangers, terms of affection can easily become weapons. It’s no surprise that people can be unpleasant regardless of age, gender, or position in life. Yet terms of endearment are often used by such unpleasant folk as segues into condescension. They become ways to assert power. In the customer service industry, where the worker is already inferior to the needs of the customer, you suddenly become a kid playing dress-ups asked to leave to the room while the adults talk. This is not OK.

I have experience at the receiving end of people who use pet names to belittle and humiliate. A memorable example was when I was a teenager working in hospitality. A man, unhappy with the service on a busy day, asked to speak to the manager. As I approached him, he waved his finger at me and said ‘not you, sweetheart’. He shook his head and pointed to a male staffer. ‘Him’. It didn’t matter that I was old enough to be out of high school, had worked at that establishment for five years and was, in fact, the manager. A well-placed ‘sweetheart’ infantalised me. He didn’t want to speak to a little girl.

Terms of endearment are not always used in sinister ways. I understand that people, particularly the elderly, like to finish off their sentences with a sense of familiarity. Some, as it is claimed in the comments of Crabb’s article, only want to use it to show appreciation. There are generational differences at play here and most are well-intentioned. Yet I still find it uncomfortable when a stranger describes me in this way, as if calling me ‘lovely’ is a reward for my “good behaviour” as a pet is given a treat and a pat on the head. In the context of work, I enjoy striking up conversations with people from all works at life. But I’m not your sweetheart. I’m not your darling.

Perhaps to people not in my position, or maybe even age bracket or sex, this issue may not seem as sensitive or as gendered as I have presented it. After all, aren’t men often referred to wholesale as ‘mates’ in ways that can be similarly abused? The main difference is that terms of endearment indicate a relationship. With the term ‘mate’ that relationship is friendship. On the other hand,when an older male refers to me as ‘sweetheart’, the relationship is paternal. If that person is not my father, where does this leave me? It puts me into an identity limbo because I’m not viewed as an adult, which I’m pretty sure I am, but eternally as somebody else’s ‘darling’.

3 thoughts on “frankly, my dear: why terms of endearment are not ok”