i am my own worst enemy. my weapons are self-sabotage 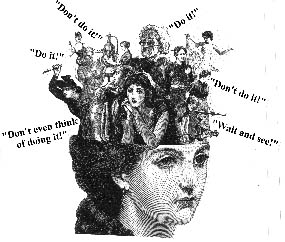 If self-sabotage were a job, I’d be the CEO of the company.

I can’t remember when I first became aware that I have a tendency towards self-sabotage. It may have been when I first started seeing my psych and reading about common traits in people with anxiety. So many of the traits applied to me that practically every box was ticked on the checklist. I’m pretty sure one of them mentioned the act of self-sabotage.

Self-sabotage is, in my definition, stuffing up something for yourself without even realising why.

Looking back, the amount of times I’ve done this to myself is staggering. I wanted to work out why I had this tendency and what I could do about it. Whether I could curb it, or, hopefully, stop it completely.

Because it’s damaging. It stops me from doing things I might actually want to do. It toys with my brain. It acts like it’s protecting me, but it’s really stopping me from growing as a person.

Anxiety means that I can freeze when put on the spot (hell, even when prepared!), and my flight or fight instincts kick into overdrive. Most times, the flight overwhelms and I am avoidant to the nth degree. Hence, self-sabotage.

I believe it is coupled with low self-esteem. Believing, for years, without even having any evidence to back it up, or scant evidence at best that you are never good enough, you might as well not even try, what’s the point, and having your brain constantly hammer these messages into your head makes self-doubt enter into the mind. Which means, that job you applied for, that trip you said you were going on, even that piece of cake you want to eat is questioned.

‘Do you want to leave home? Your bed? Your pillow? Your cat will miss you, you know. You probably shouldn’t spend any money. You won’t have anything to do. You won’t get along with anyone. You’ll be so awkward’ equals saying ‘No’ when you’re asked on a trip.

‘You’re so fat. You don’t need any more sweet stuff in your diet, fatty. No one will love you. Everyone will stare at you’ equals saying ‘No’ when you really want that piece of cake.

That mean, untrue voice in my head is an arsehole. I get so used to questioning myself and my decisions all the time (let’s not even mention women are constantly taught to question themselves and what they say all the time, because what we say is not to be trusted) that self-sabotage becomes second nature and I don’t even realise I’m doing it.

Now that I’ve recognised and acknowledged I have this tendency, I have to challenge it. I will not let anxiety and self-sabotage rule my life and stop me from doing what I want to do with my life. Yeah, it’s scary and yeah, it’s easier for me to hide in my bedroom and avoid the world, but I don’t want to. I will beat that voice to a bloody pulp if I have to. Put up your dukes, voice.