if only i’d known: all of this before i was born 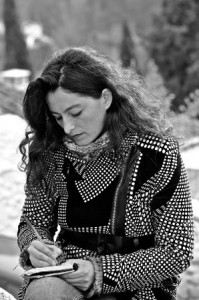 My best friend and I talk. A lot. Well actually, I talk a lot, she talks a regular amount, but we do talk often. I, being the over-thinker, frequently end sentences with ‘that’s exactly what I want my daughter to know.’

If you consider the fact that I don’t actually have a daughter, this might seem a little strange. And I suppose it is, especially if you then consider I might never have a daughter. So allow me to explain.

What I mean when I say ‘that’s exactly what I want my daughter to know’ is that I want the next generation of women to know these things. The things it took me so long to understand. I want to tell these things to young women when they’re 12 so they don’t spend their lives making the same mistakes I did. Even if I know my words will make no sense to them until they experience these lessons for themselves.

In fact, my continual proclamation of ‘that’s exactly what I want my daughter to know’ is the reason I first pitched this column.

So to bring us back full circle to the very purpose of sharing my stories, I have written a letter to the daughter I may never have.

Dear Daughter I May Never Have,

There are so many things I want you to be prepared for. So many lessons I wish you could go through life and never have to learn. So much pain I wish I could protect you from, not just because you’re my child (since the reality is you might never exist), but also because you’re a woman, and whether or not we like it, our experiences here on Earth are gendered.

No matter how hard I’ve tried to get you to use gender-neutral language, your experiences will be different to your brother’s (if he exists) because you’re a girl.

This isn’t a bad thing.

No matter what anybody ever tells you, your experiences are not less important and your feelings are never invalid, they’re every bit as real as you are, so never deny them. As best you can, own every feeling you experience with the knowledge that like all things, even the worst of feelings pass.

The week before last (I’m writing from the year 2013 so this is some time ago now), I had lunch with an old friend who told me a story about her younger cousin and a recent weight obsession. Said cousin was 11 years old and weighs herself regularly, recording and reporting her digits to her friends who help monitor her weight gain/loss. I want you to know that if I ever catch you weighing yourself at 11, I will probably hide the bathroom scales. I won’t stop there, though; I’ll also remove any mirrors from your bedroom and I’ll be the kind of mother who never buys you a teen mag.

But I know you’ll see them anyway. You’ll see them because your friend, maybe her name will be ‘Madison’, will bring a Dolly magazine to school and you’ll start to notice the slender bodies of the airbrushed models. You’ll start to realise that you don’t look that way. And if you have my genes, you’ll be much hairier than the gorgeous diva on the front cover. I want to apologise for that, but I really have no control over it. You’re Arab (or at least half Arab) so embrace it.

I’ve been uncertain. I’ve been confused. I’ve been full of anxiety that I would never measure up to these standards and I never once confided in my mother – not because I couldn’t but because I was too embarrassed.

I don’t want you to be embarrassed because the sooner we bridge that gap the easier things will be.

If you don’t feel any of these things, I don’t want you to think you’re strange, because you’re not. In fact if you can go through life without experiencing that then I’d really appreciate it if you could write me a letter with some advice because God knows I need it.

I also want you to choose your friends carefully.

Friends are some of the most special people in our lives. They’ll be the people you confide in before you decide you’re no longer too embarrassed to confide in me and I want to know that they’re sensible and mature.

I am incredibly thankful for the friends I have. They’re all vibrant, funny, intelligent women with strong personalities, who I’m sure you’ve met. Some are loud and crazy and others are shy, quiet and pensive but the thing that unites them all is that they have such a strong sense of self. They’re grounded in their beliefs but open to experience and the thing I love most about them is that they don’t make themselves feel better by making others feel bad. They’re each comfortable enough to notice and praise the strengths of the other and humble enough to recognise their own shortcomings.

But I didn’t meet these girls overnight. I’ve collected them over the years like we collect important memories or prized possessions. From each phase of my life I have taken the most sincere of women with me into the next, and I want the same for you.

I want you to build a sisterhood, not by excluding men – they certainly have a place in the world and in your life – but the place of sisters (not necessarily biological, though if you have one of those, you should hold onto her too!) is priceless. A sisterhood consists of women you trust. And dear daughter, trust is so important.

If you ever get an inkling that maybe you can’t trust someone, do yourself a great service and trust your own instincts – if you have doubts, there is probably a good reason.

Your sisterhood is your safety net. These aren’t yes-women. They don’t agree with you even when you’re wrong but they do love you unconditionally. These are the women who’ll show you tough love – not to be cruel but to make you a better person. These are true friends. They’re the best sort, but they’re also rare. You’ll know when you’ve found one of these and you’ll be clever enough to make sure you keep her.

It’ll be a long time before you consider me your friend, because I highly doubt I’m going to be the kind of mother who attempts to be her daughter’s best friend. Not because best friends (we call them BFFs – I don’t know what you call them) aren’t well, the best, but because you’ll find one of those on your own. We won’t be like Rory and Lorelai, and if you don’t know who they are then you’re either really young or I have failed you as a mother. But I hope that we will have in-jokes, meaningful conversations and road trips to some of the country’s best universities. So when I mother you, don’t resent me for it. It’s my job.

Finally, because I’m not supposed to be writing an essay here, I want you to remember that I do NOT expect you to be like me. Even though I probably make you do things my way ‘because I’m your mother!’ I’ll love you (a lot, I imagine) if you’re nothing like me.

But if you turn out like your father (whoever he may be), do not think I won’t remind you of it with frightening regularity.

‘She gets that from you!’ will be my favourite phrase.

Hope your life is full of amazing adventures my dear.