in defence of flying solo 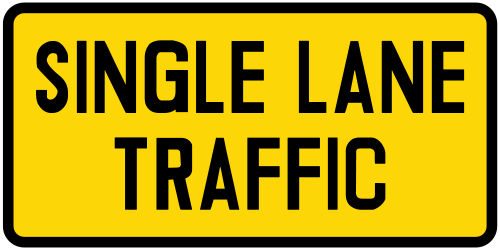 Thousands and thousands of years ago, before texting and online dating, a group of men were waxing philosophical on the nature of love and relationships. One by one, aided by that age-old social lubricant, wine, they took to their soapboxes to praise Eros, the god of Love. Plato recounts this B.C. booze-up in his famous Symposium.

While a lot of the text went straight over my head when I read it, one of the drunken, philosophical rants stuck with me. It is the speech given by the comic poet Aristophanes. In between bouts of hiccups, Aristophanes suggests that we humans are only half of what we used to be. Originally we were whole, he says. But Zeus cut us in half to prevent us overthrowing the gods and trashing Mount Olympus. And so we were split in two and separated. Since then we have roamed the earth searching for our other half.

Sound familiar? Fast forward a few thousand years and there are still plenty of people waxing philosophical during drunken parties slash symposiums. And there is still this notion of a quest for our other half— a search for our soul-mate.

Well now I’d like to hop on my soapbox and get my wax on.

Why is there this idea that being in a relationship is the correct or preferable state of being? Why do we have to defend our single status?

The other day my grandmother asked me if I had found myself a boyfriend yet. When I replied that I had not, she asked why. I explained that I was happy flying solo. She asked why. I explained that I didn’t feel like I needed a boyfriend right now. She asked why. Finally I decided that if words weren’t going to get through to her, I might try the magic of song (it seems to work on Glee). So I told my grandma that I had ‘99 problems but a bitch ain’t one.’ She told me to wash my mouth out with soap.

My grandma grew up in an era where marriage was the norm. You found your other half early and you married him or her ASAP—to continue this article through song: ‘If you like it then you shoulda put a ring on it.’ Marriage was expected. It was one of the big goals you had to tick off your bucket list. Being single and unmarried was unusual. While things have certainly changed since then, there are still some underlying assumptions surrounding love and relationships that I’ve come across during my solo travels.

Firstly, I find that I constantly have to justify my single status. My grandma is not the only one who wants regular updates on my love life. Other family members and friends ask me if I’m seeing someone about as frequently as they ask ‘how are you?’ When I quote Jay Z, they try to find reasons for my singlehood. Like doctors noting signs and symptoms, they try to diagnose me as though I have a rare condition.

People seem to need reasons for being single but the same doesn’t really apply to relationships. My family and friends never ask why so-and-so is in a relationship. Most people don’t require a list of reasons why people choose to date in the same way they want reasons for singlehood. Let the single ladies (and gentlemen) be.

Secondly, why is being single seen as a passing phase, with the ideal outcome being partnership? And if you don’t find your other half, then you’ve failed? A girl I know recently described a middle-aged man as emotionally stunted and immature because he wasn’t married or in a relationship. Likewise, she said, women of a certain age must be doing something wrong if they’re not in a long-term relationship—they haven’t matured. This idea that partnership is the correct way to mature and grow seems strange to me. Yes, long-term relationships indicate that you can compromise and all that adult jazz but that can be achieved in other facets of life.  If someone has maintained long-term friendships, doesn’t that prove the same things that a long-term relationship does?

Lastly, the media. Ah the media! That wonderful filter, disseminating the information we build our worldviews around. The media are blamed for a lot of different things; they seem to promote negative stereotypes every other week and during ad breaks. And yes, in this case, I think they are perpetuating this Aristophian (Aristophanesian?) idea that you are incomplete without a partner. Why do so many protagonists in movies or on TV whine when they’re single? Why are so many of the major plotlines focused on getting relationships and maintaining relationships? I would love to see a show about a single girl who finds satisfaction and a sense of fulfillment from her career, and her family and friends. Someone please make this happen. The theme song can be ’99 Problems’.

I wanted to avoid defending singlehood in this column. It was always there as a backup topic if I was experiencing an apathetic month and had nothing else to defend, but I’ve had my reservations. I worried that no matter how I framed my argument it would still sound like the weak defense of a single girl desperately trying to justify her single status. But the topic has cropped up a lot recently and I am confused and irritated by this pervading notion that we are not whole until we are in a relationship. Aristophanes got it wrong. We we can be whole when we’re in a relationship and we can be whole when we’re single.

And Dr. Phil agrees with me: ‘Recognise that you don’t have to be in a relationship to be whole.’

4 thoughts on “in defence of flying solo”