in defence of nannies 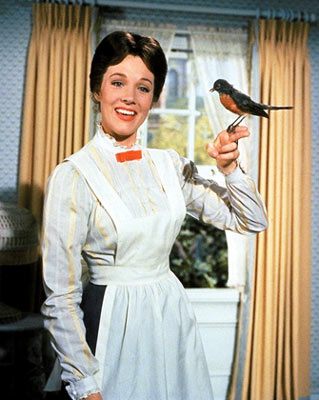 For the whole of my long childhood, I had a nanny. Someone to pick me up after school, drive me to clarinet, make sure I had a nutritious afternoon snack, and entertain me until Mum and Dad traipsed home.When I was young I thought everyone was like me. Everyone had two working parents – and a nanny – just like everyone had pet geckos and a toothbrush that played the Mickey Mouse Club theme song. If I met someone who had a stay-at-home mum, a pet dog, and a mute toothbrush I would regard them warily. Clearly, they were weird. For clearly, I was the norm.

And in fact, for the first few years of my life, while I attended kindergarten, I was the norm. The kindergarten was located near the Royal Brisbane Hospital, so nearly all of the kids, myself included, had hard-working doctors for parents. “Care-kids”, the staff at the centre would call us: kids who were put into childcare centres or the arms of nannies within a few months of being born. I was three months old when my mum first left me there. She would visit in her lunch break to breastfeed me before rushing back to her patients. By the time I entered preschool I was the ultimate “care-kid”. Mum would drop me at the centre at 7:30am. I would spend the day attacking butcher paper with crayons until 4pm when nanny number one would pick me up.

She was called Kavalla. She was, as I remember it, a Jennifer Hawkins lookalike: tall, leggy, and blonde. When Kavalla walked into the preschool, we would all turn and watch. I would tell my friends that she was my sister and that I was going to grow up to look just like her. I was cool by association. She became even cooler in my eyes when she bought a 4WD. At the time, one of the things I wanted desperately in my life was a 4WD. I don’t know what spurred this. My parents always had depressingly practical cars so perhaps the hoon in me wanted something with a little more grunt. Kavalla’s 4WD seemed magnificent. Large, white and shiny, it sat heavily in the garage, a powerful whale of a car. When preschool finished for the day I would run down to the gates with my friends, and we would all search for the familiar bonnet of our nannies’ cars. From out of the traffic Moby Dick would emerge, charge past the insipid Toyota Corollas, and screech to a halt in front of us. I would step forward triumphant, climb into the seat beside my supermodel nanny, and drive away, trailed by envious eyes.

You can imagine my disappointment when nanny number two arrived with her worn out car. Sally was forty-five, spindly, and motherly. By the time she became nanny number two I had started at Ascot State School and I had seemingly transformed from the norm to the weird. Ascot kids had stay-at-home mums who helped at the tuck-shop and drove BMWs. They did not have psychiatrists for parents or a nanny whose Hyundi coughed smoke.

Every afternoon I would wait at the pick-up zone with the other kids. Sally’s car would pull up to the curb,wheeze and splutter like an asthmatic kid in PE class. I would scramble in hoping none of my friends had seen. My greatest fear was that the car would break down in front of the school and Sally and I would be forced to push it all the way home. Living on a hill didn’t help. The car would roll inch by inch up the incline like Sisyphus’s boulder, urged on by Sally’s mutterings: ‘Come on, don’t give up now’. But one day the car did give up. It puffed out a single enormous ring of smoke then gurgled to a stop. The next day Sally left us for an au pair position in England.

Before my parents hired nanny number three my younger sister submitted a list of characteristics that the next nanny should exhibit. She had recently watched Mary Poppins and was taken by the idea of a nanny with rosy cheeks and the ability to slide up banisters. At the bottom of her list I had added, ‘A nice car. 4WD’s preferred.’

Hayley was twenty-one, a singer, and drove a golden station wagon. She would pull up at the pick-up zone with the windows rolled down and blast Disney tunes. The music was always on in her car. When we drove to my brother’s football games, Hayley would pump up Survivor’s Eye of the Tiger – ‘to get him in the fighting spirit,’ she’d say. When we took the car to the servo for a clean she would play ‘Car Wash’, and dance in her seat as the giant loofahs shimmied against the car.

Hayley stayed with us until my little sister finished primary school. That was three years ago. Now I’m the nanny. Last year I bought my own car, a little silver Mazda. I collect my sister from the high school pick-up zone; I drive her to soccer; and I blast the Disney songs with the windows down as she rolls her eyes.

One thought on “in defence of nannies”